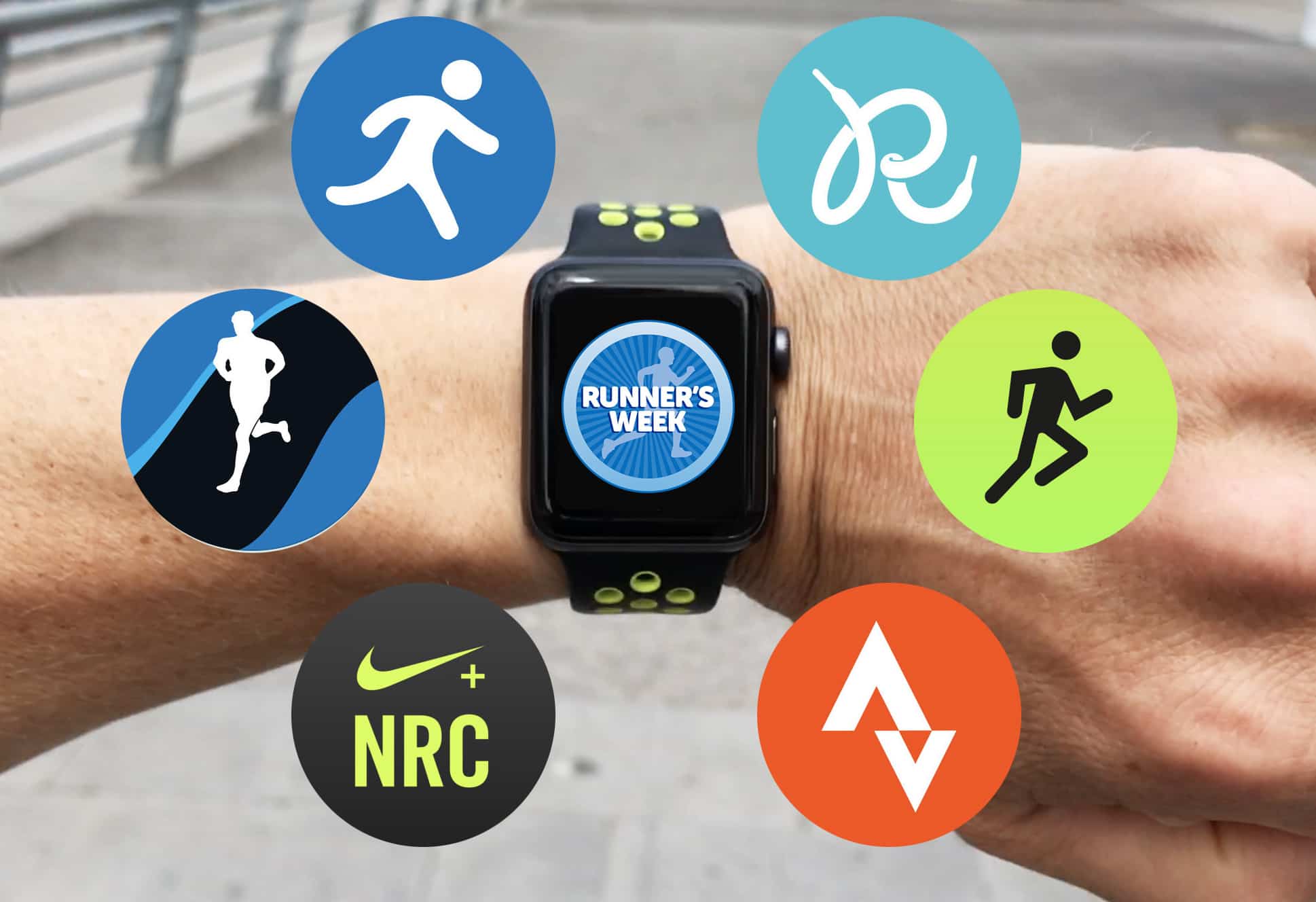 It takes a lot of effort to go running with Apple Watch, and not just because it gets you all sweaty. The hard work starts before you even put on your running shoes. Simply choosing which running app to use is an exhausting task.

Even if you don’t install any of the plethora of third-party running apps, the Apple Watch Nike+ model comes with two preinstalled options to choose from. So this week, to help get you off the starting blocks, we’ll be reviewing six of the best running apps for Apple Watch.

Why do I need to choose a running app?

If you simply want to strap on your Apple Watch and go for a run, you may wonder why you need to choose a running app at all. Why not just use the built-in Workout app?

If Apple’s stock app did its job properly, that would make a lot of sense. But it doesn’t. Sure, it’s great during your workout, telling you how far and fast you are going. But if you want to analyze your progress afterward, or share your running history with friends, you are out of luck. Apple provides only the most rudimentary stats, very basic route maps and absolutely no charts showing your progress. Anyone who is serious about running will want to use a third-party app instead.

Apple recommends that you “stick with what works” — so if you already have a favorite running app on your iPhone, you can use it on your Apple Watch as well. And since most iPhone running apps support Apple Watch, you’ll find plenty to choose from if you didn’t already pick a favorite.

Apple Watch is unique in this respect. Most running watches don’t expect you to choose an app. On my TomTom Runner Cardio, for example, the built-in app is all I need, because it syncs with all the major running websites like Nike+ and Runkeeper.

This kind of choice is not a good thing. As behavioral scientist Barry Schwartz argues in his book, The Paradox of Choice, it “no longer liberates, but debilitates. It might even be said to tyrannize.” In other words, you could easily get stuck choosing which running app to use and just give up and stick to your couch instead.

The truth is, all Apple Watch running apps seem very similar. They all do basically the same thing: record your pace, distance, duration and route. And from a technical perspective, they all do this the same way, using Apple’s HKWorkoutSession API. So they are basically all as accurate as each other. The only way they differ is with regard to their user interface, their stability, what watchOS features they support and what they do with your data once it gets logged.

To make the choice a little easier for you, I spent the past two months running more than a thousand miles to test six of the best Apple Watch running apps: Nike+ Run Club, Strava, Runkeeper, Runtastic, MapMyRun and Apple’s own Workout app.

I used each one during at least 10 separate runs of more than 5 miles, testing them with and without the iPhone in range. With this extended use, the differences became clear, and some obvious winners emerged.

Every day this week, I’ll be reviewing a different Apple Watch running app. At the end of the week, I’ll let you know which one deserved pride of place on my watch face. First up: Nike+ Run Club.

Technically, Nike+ Run Club is not a third-party app, because it comes preinstalled on Nike-branded Apple Watches. But despite its special status, watchOS still limits it in the same ways as all third-party apps. There’s no waterproof mode, and no pausing workouts using the two-button press. Those features remain exclusive to the built-in Workout app (although Apple is finally giving third-party devs access to the waterproof mode in watchOS 4, which is coming this fall).

Where Nike does differentiate is with its customary design flair. This app looks super-cool and is designed to perfectly complement the look of Nike’s watch bands. (Although right now it only comes in the neon-green Volt color. It has not yet been updated to match Nike’s new band colors.)

During a workout, the font size looks suitably large and chunky, with an uncluttered layout showing just two metrics: distance and duration. This makes it easy to read when you are in motion. Scrolling the Digital Crown switches the stats around so you can choose which shows up small or large. When you pause a workout, the type gets smaller. And more details get displayed, like your average pace and heart rate. This is a clever design, because it’s easier to read smaller type when you are not in motion.

I like this minimalism, but I think Nike could have achieved it without compromising on the metrics. Ideally, you would get the option to scroll through heart rate and current pace, as well as distance and duration. Fortunately, Nike’s latest update added an “All Metrics” option, which adds Heart Rate and Pace to the display. This is not enabled by default. It’s also a bit hidden (you must scroll down on the home screen to find it). But it is a huge improvement.

My only remaining grumble: Heart Rate displays rather small (especially compared to the other text).

Auto-pause works great. In fact, it’s the best of all the apps I tested, rivaling even Apple’s Workout app. It’s spooky — sometimes it seems to know when I’m going to a stop before I do.

To start a run, you either tap the big “Start” button (obviously), or tap the smaller “Push it” button (formally called “Match It”), which automatically sets a distance workout based upon your previous workout. That’s handy if you normally take the same running route.

Syncing workouts from the Watch app to your iPhone is a bit flaky. It takes ages, and occasionally your data vanishes with no explanation. On several occasions, I had to un-pair and re-pair my Apple Watch to get it working again. That’s a fiddly and time-consuming process. But this does not seem to be Nike’s fault, because it affected all the apps I tested. My guess is there’s something Apple needs to fix here, so hopefully watchOS 4 will sort it out.

The companion Nike+ Run Club app for iPhone is not great. It takes forever to display my recent activity. Sometimes, for a heart-stopping moment, it tells me I have not logged any workouts. In fact, I’ve logged 2,897 runs and more than 17,000 miles with Nike+. (Admittedly, the fact that I save so much data may be why it takes so long to display, but still…)

Fortunately, the Nike+ website works far better. It’s nice and snappy, with an elegant design and lots of useful stats and insights. What’s more, it’s free — although there’s a catch. Nike does not support GPX exports, so all your hard-earned workout data is stuck on Nike’s servers forever. Sure, third-party tools can help, but they are unsupported and unreliable.