This sweet mousepad doubles as an iPhone charger 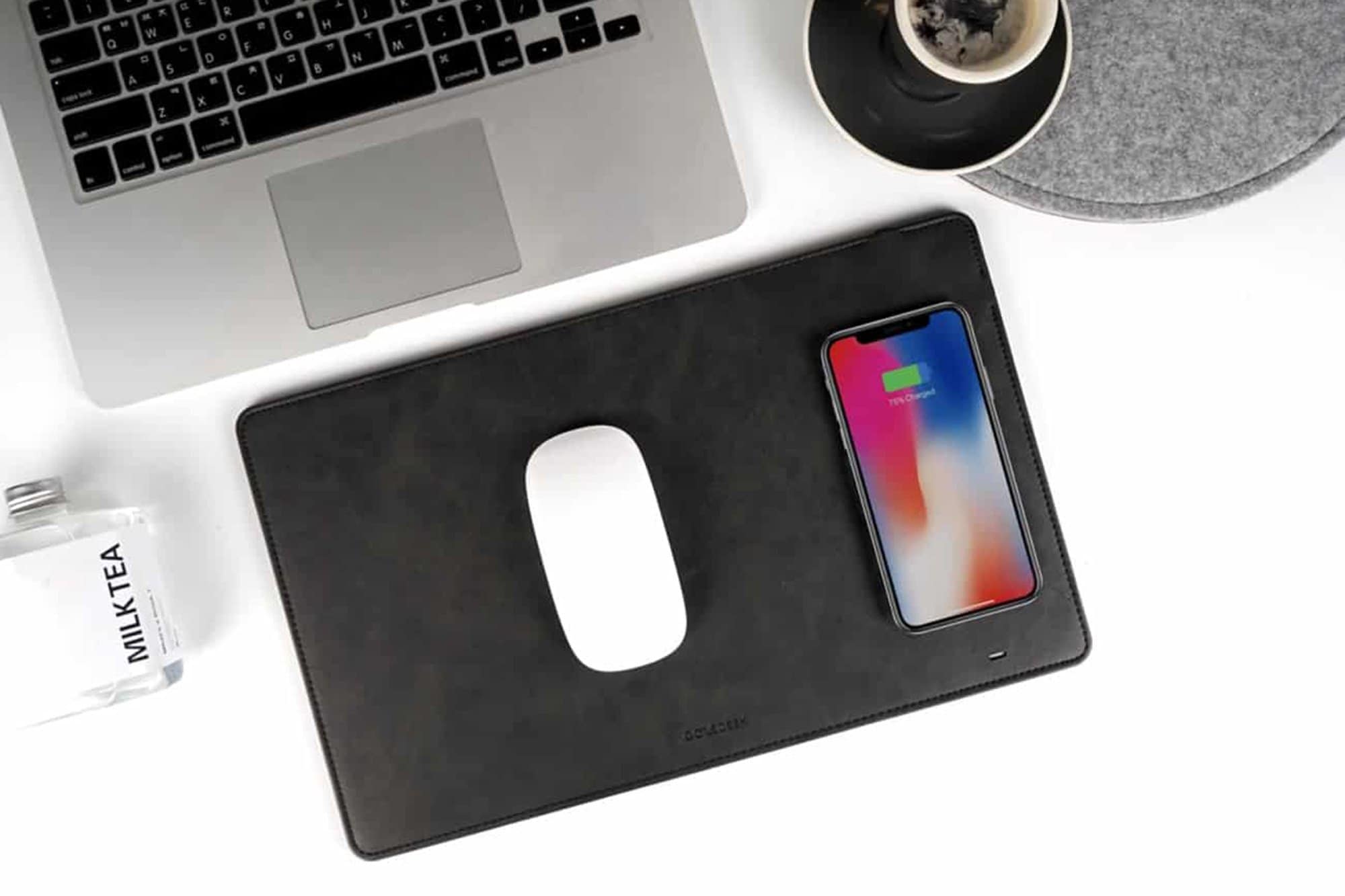 It’s time to trade your tatty old mousepad for one that’s fit for 2019. The Gazepad Pro from Wiplabs is beautifully made and doubles as a fast wireless charging pad for your iPhone.

Get yours now in one of four fancy colors.

I just moved my family into a tiny little house so that we could start saving for a mortgage. It’s ridiculously small — I’ve seen Barbie Dreamhouses with more room — so I had to swap my rather large office desk for one you might find in a Lego set.

There’s just enough space on the desk for the essentials. I can only dream of having a mousepad and a wireless charging pad. But thanks to Wiplabs, I can have both … in one.

The Gazepad Pro is a good-looking mousepad. It’s finished in a leather-like PU material that adds a touch of sophistication to your desk, and it has a non-slip base that prevents it from sliding around.

Wiplabs would have sold plenty of these on looks alone, but the Gazepad Pro’s killer feature is three built-in wireless charging coils that top up your iPhone, AirPods, and other devices while you work.

The mousepad gets its power from a single USB-C port, but there are two built-in. That’s so that you can use it horizontally or vertically to best suit the layout of your desk.

The Gazepad Pro has three wireless charging coils, so you don’t have to worry about laying your iPhone in a very specific position. Just slap it down and it’s good to go.

You can order your Gazepad Pro today in black, gray, blue, or brown. It’s priced at $39.99, and it’s available from the Cult of Mac Watch Store.