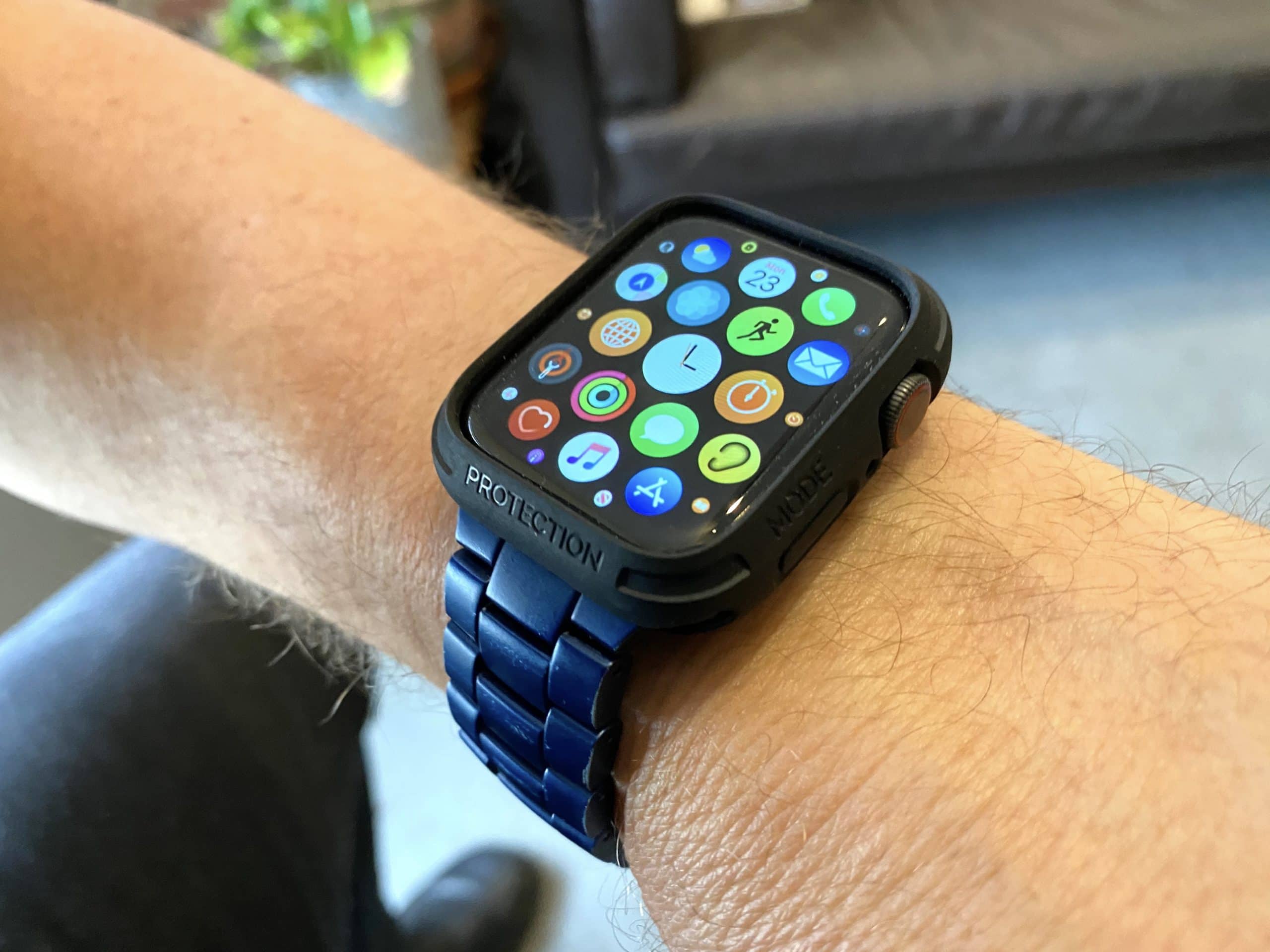 For the longest time, I had a particular problem with my Apple Watch. When I rode my bicycle, the watch’s Digital Crown would rub against my wrist, playing havoc with the sound coming through my AirPods. Suddenly it would get very loud, or very low. It drove me crazy.

I tried everything I could think of, including wearing my watch backward so the Digital Crown was reversed, or on the inside of my wrist. Nothing worked, so I disabled Now Playing on my Watch, which I missed because it’s great for controlling music when doing something like riding a bike.

Then I came across Elkson’s Quattro Series Bumper Case for Apple Watch. This inexpensive cover surrounds the Digital Crown and prevents it from spinning when I ride my bike. Problem solved.

Costing just $10.99, Elkson’s bumper case protects your Apple Watch from bumps and scrapes, without adding any bulk. Made from soft thermoplastic polyurethane, the bumper case measures just 1 mm thick and weighs just 4 grams. It’s very unobtrusive; I barely notice it’s there, until I whack my watch against something!

The case is super-easy to install and remove, and does a great job protecting your Apple watch. It has a firm, rubbery feel, with sharp, precise cutouts for the watch’s straps, Digital Crown, microphones and speakers.

It’s very durable and scratch-resistant. I’ve been wearing one for weeks, and there’s nary a mark on it.

The Quattro Series Bumper Case comes in two different colors: black and white. It is compatible with most chargers and watch bands and doesn’t need to be removed to charge up.

The Quattro Series Bumper Case is available in the Cult of Mac Store for $10.99. You won’t find something as well-made as this for much less.

I have found the Watch band very comfortable. I have a black Apple 7 watch it looks very classy. I only wish the clasp was black also instead of silver.

I bought these silicone holsters for my AirTags so that I could attach them to my car keys. After a short while I realized that the AirTags can become separated from the holsters very easily and without me even being aware of it. I still like these little silicone accessories but, in my opinion, they are not well suited for key rings.

It is what it is. Clear, doesn't fog after a lot of use, fits well to my wrist and looks clear enough that you hardly notice the band. I like it.

This is almost as good as Apple’s band but at 1/3 the price! Have had it a month and love it!

My iPhone protector was easy to install and works without any problems. I recommend it