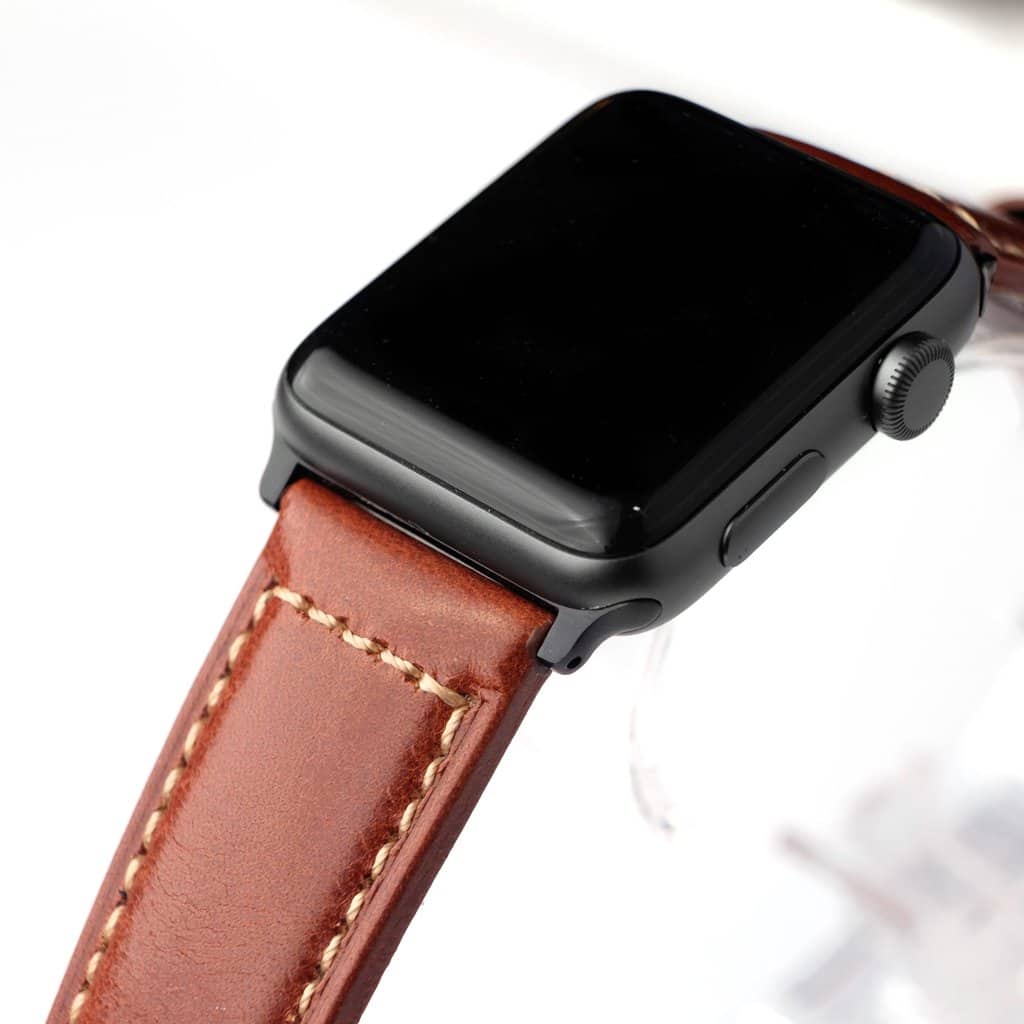 The company we know as Strapple (a company featured in Cult of Mac’s Watch Store) sounded a bit too much like the maker of Apple Watch. The tiny brand speedily changed its name to Strapa and doubled-down with the release of one of its most striking Apple Watch bands yet — the Primus.

Strapa explains Apple’s (minor) involvement in its sudden name change and site relaunch. During this transition, this company continues to make some of the best leather bands we’ve worn. The Primus Apple Watch Band is the latest in Strapa’s lineup.

Cult of Mac Watch Store customers are likely aware of Strapa (fka Strapple) for its inclusion in our online shop. Our very own Lewis Wallace reviewed the brand’s Crocodilus band earlier this year. And, I took the Primus for a spin in August.

The brand-new Primus band for Apple Watch is no different in build-quality and attention to detail, yet boasts a bold, sienna-brown-colored leather. It really is a gorgeous band.

Lined in leather, stitched in linen

The leather is smooth and strong, and like the majority of fine leathers, just gets better and better the more its worn. Strapa’s Primus band develops a subtle patina with age, and softens up as it conforms to the wearer’s wrist. And, the color of this leather is really beautiful. It’s 100 percent Italian calfskin leather, which makes for a really luxurious Apple Watch band.

Apple also recognized the obvious similarities in branding and asked the company to consider a name change. Strapple complied and, along with a new site and band launch, became Strapa.

This newfound energy is evident in the leather color of the Primus band — a color I’d describe as a rich sienna brown.

The Primus puts a twist on your average brown leather Apple Watch band. The rugged, Italian leather is then lined with a thinner leather backing, and stitched together with linen thread in homage to traditional artisanal saddlery and leather-working.

And, I love the sheen of this band. The tanning and polishing processes of the band’s leather imparts a subtle, glossy look and feel.

The buckles are designed not to be sharp, so they’re not going to catch on anything or scratch the band when taken on and off.

Choose from either silver or black hardware in polished or matte. The matte buckle was created for the regular aluminum Apple Watch; the polished finish is there to suit the stainless steel Apple Watch.

Available for the 42 mm Apple Watch.