Prop up your MacBook for easier typing with the ParcSlope [Review] 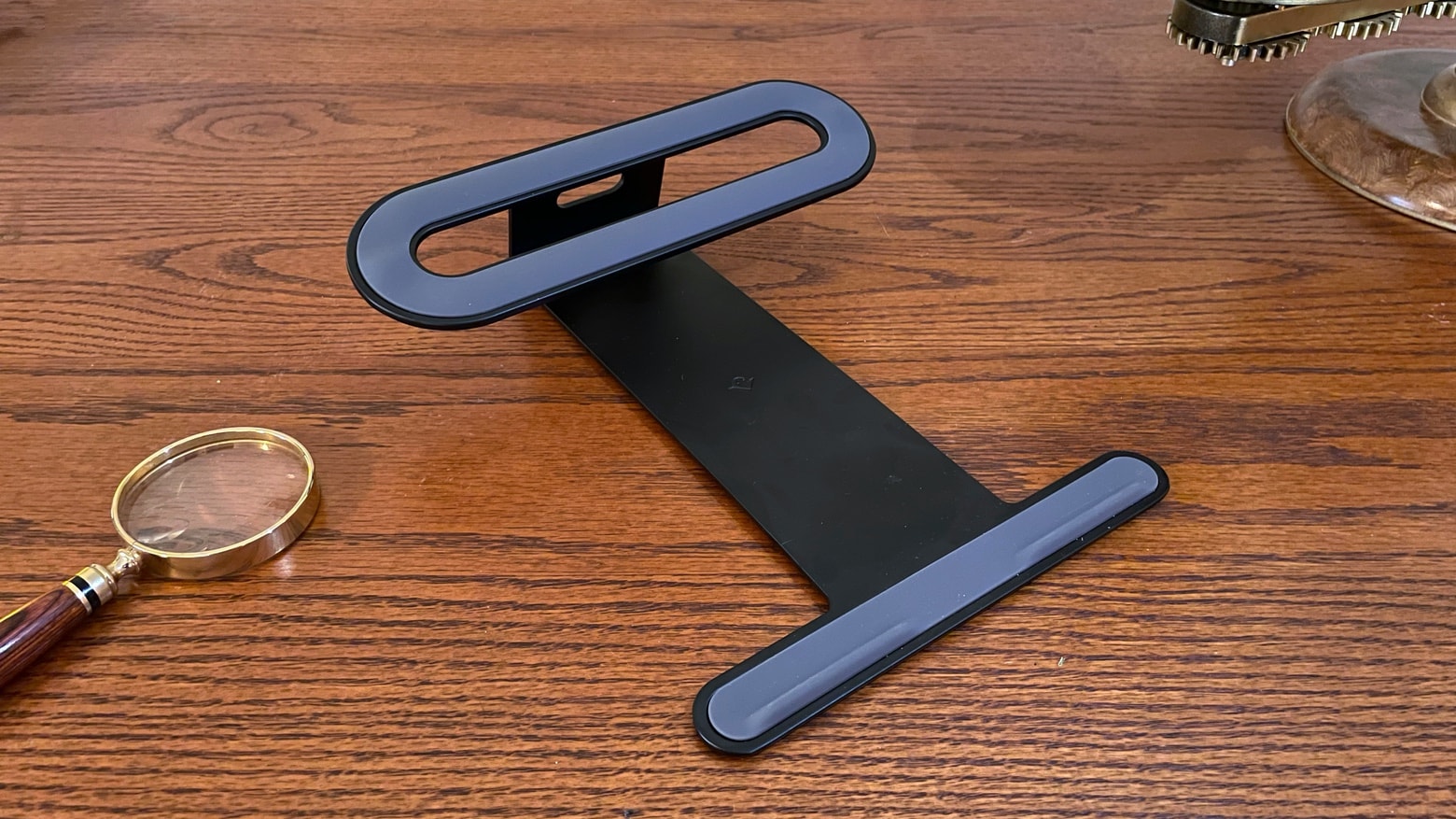 Tilting up the base of your MacBook makes it easier to type. And it elevates the screen to be nearer eye level. The Twelve South ParcSlope is a simple, sturdy laptop stand that offers both benefits. And you can use it with your iPad, too.

I used the ParcSlope for several days to see how well it performed in real-world use. Read on to see what I found out.

This post contains affiliate links. Cult of Mac may earn a commission when you use our links to buy items.

You can position your MacBook keyboard at any angle you want, as long what you want is 0 degrees. That’s where the ParcSlope comes in. It elevates the back edge of your laptop. It’s an uncomplicated job, but one that makes your computer easier to use in multiple ways.

The Twelve South ParcSlope is single piece of aircraft aluminum folded into a C shape and painted matte black. The chief benefit of the design is that it’s very sturdy. It’s a solid piece and isn’t in any danger of collapsing.

There are “wings” on either side that extend outward to make it stable. The top pair are 9-inches wide, and they firmly support the laptop. At the bottom is a 7.6-inch wide section that stops the ParcSlope from rocking when you type on the MacBook.

Both the upper and lower supports are covered with rubberized bumpers that prevent the computer from sliding. Plus, they keep the aluminum stand from scratching the Mac. Built into the bottom bumper is pair of ridges that block the laptop from sliding forward. The design doesn’t interfere with opening the notebook’s lid, though.

Over my days of use, my computer never slid off the stand, either forward or sideways. Not even when my cat walked on it. And the accessory doesn’t rock when I type. Twelve South’s designers did a fine job.

The ParcSlope holds the MacBook up at an 18-degree angle. That’s a good choice. I find it makes it easier to type, and I like that the display is higher up — there’s less strain on my neck.

But the significant limitation of the product is that you have to like that angle because you won‘t get another. As discussed, the core is a solid piece without a hinge to be seen.

A corollary to that limitation is that the ParcSlope isn’t foldable, so it’s not really portable. It’s great for the office or home, but don’t expect to easily tote it to the coffee shop.

An opening in the back is designed to hold cables, with the idea that will make plugging and unplugging them easier.

An iPad stand, too

iPad users can benefit from the Twelve South ParcSlope too. The stand also serves as a drawing surface in either landscape or portrait orientation. This is another situation where angling up the back of the computer makes it easier to use.

I tried it, and I can see the advantages. I typically do any artwork with my iPad in my lap, but putting the tablet in the stand made it a much more stable surface. My drawing was a bit neater as a result.

But, again, you have to like the 18-degree angle because there are no adjustments. And the iPad mini only fits in portrait orientation.

And advantages extend to more than drawing. If you use your tablet in a keypad case that converts the tablet into an adjustable clamshell laptop, you can use it with ParcSlope. I typed most of this review with an iPad Pro connected to a Brydge Pro and sitting on this stand.

While laptop stands are hardly cutting-edge technology, the Twelve South ParcSlope does a basic job well. Most of all, it’s stable — which should please anyone considering putting a $2,799 MacBook Pro on one. As a bonus, the stand works as a drawing surface for iPad.

It trades flexibility for stability, but that lowers the cost.

The ParcSlope is available now in the Cult of Mac store where it’s $59.99. Or it’s on Amazon at that same price.

A more adjustable option is the Twelve South HiRise for MacBook ($79.99). Its spring-loaded piston lets you set the height of your laptop.

And there’s the Ugreen X-Kit ($64.99). This is not only an adjustable, foldable MacBook stand, it’s also a six-port USB-C hub.

Alternatively, there are plenty of cheap laptop stands available on the internet. Just be careful: there’s always the danger one of those poorly-designed budget stands will collapse under your very expensive Mac. That won’t happen with the the ParcSlope.

Twelve South provided Cult of Mac with a review unit for this article. See our reviews policy, and check out other in-depth reviews of Apple-related items.