Nike+ Run Club is borking my runs, and I blame Apple Watch 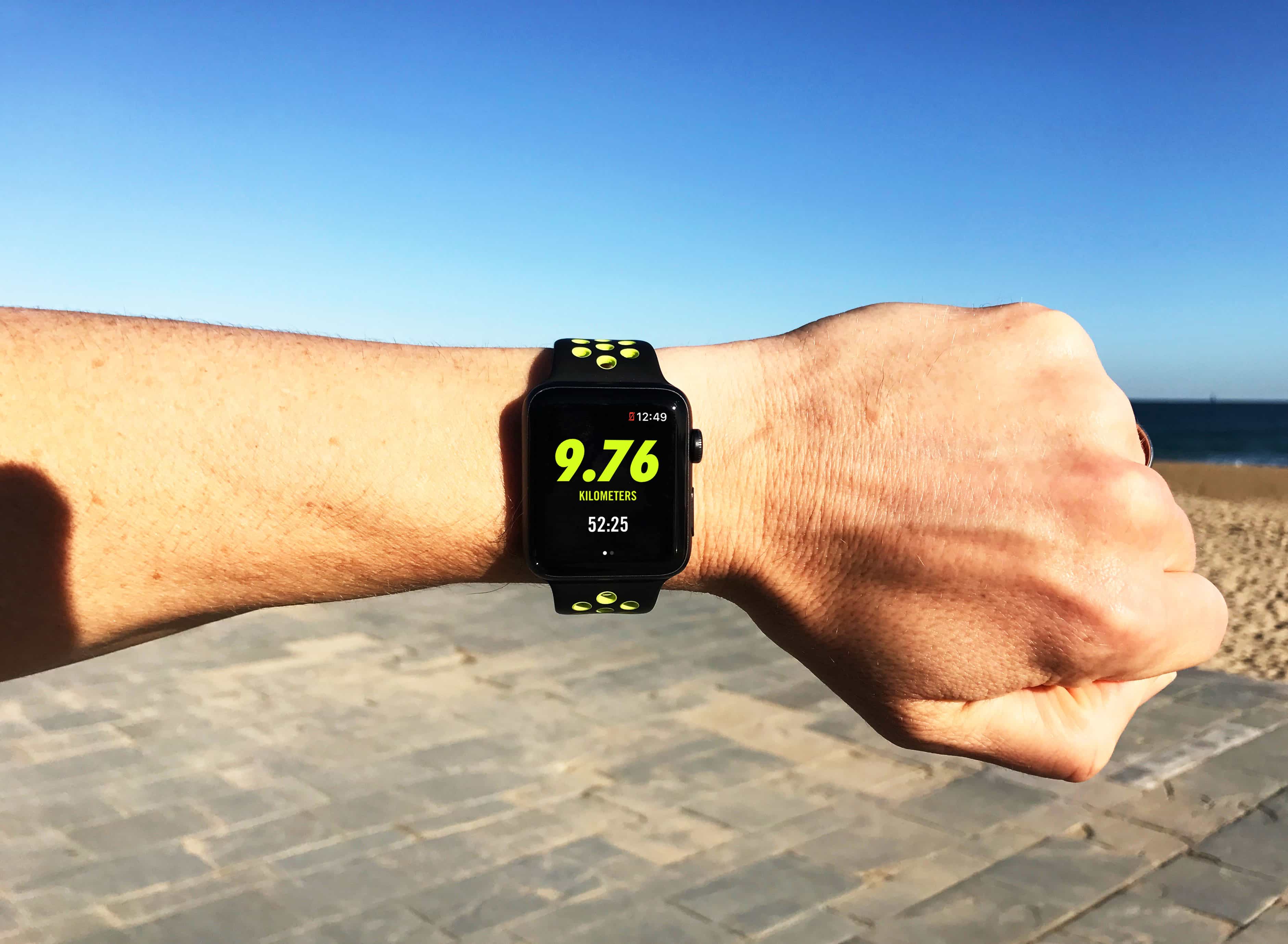 At the most essential level, a running app should provide a reliable way to log your workouts: when, where, how fast and how far you run. Fancy features are all very well and good, but let’s be honest — if an app doesn’t get the basics right, it sucks.

Nike has been busy adding new bells and whistles to its Nike+ Run Club app recently. Which is great if you want stuff like photo sharing and news feeds. But all I want is to log my runs, and thanks to my Apple Watch Nike+, that critical function has become pretty unreliable.

Nike and me: Long-term running buddies

I’ve been running with Apple Watch Nike+ for three months now. But I’ve been using Nike+ for way longer than that. Nike and I have history: 16,000 miles of it, to be precise.

I began logging my runs in 2008, with the original Nike+iPod Sport Kit, a special sensor you slotted into the sole of your Nike running shoes that communicated wirelessly with a widget you attached to your iPod. It estimated your pace and distance by measuring the movement of your feet.

It probably was not very accurate but that did not matter to me at the time. Having Nike+ on my iPod inspired me to get fit for the first time in my life, so minor details like exactly how far and how fast I was going were not that important.

Over the years, the equipment I use with Nike+ has changed. I swapped my iPod for a Nike+ SportBand, and then a Nike+ SportWatch GPS. When Nike stopped making its own watches, I switched to TomTom because the company had partnered with Nike in developing the SportWatch; the TomTom Runner Cardio was the natural successor.

Each new device I upgraded to brought with it improvements to the accuracy of logging with Nike+. Until, that is, I switched to an Apple Watch Nike+. It had seemed like an obvious choice for me. After all, I’m a big fan of both brands, and the Apple-Nike partnership got me into running in the first place.

But unlike the original Nike+iPod Sport Kit, which employed tight hardware-software integration to ensure both brands worked together seamlessly, the Apple Watch Nike+ user experience is disjointed. Nike+ is not integrated into Apple Watch’s built-in Workout app. Instead, you must use the third-party Nike+ Run Club app. This is where the problems start.

Are we syncing today?

Nike promotes its joint-branded Apple Watch with the slogan, “Are we running today?” But after using the Nike+ Run Club, or NRC, app these past three months, I’ve started asking, “Are we syncing today?”

When you finish a run while wearing your Apple Watch, you open the NRC app on your iPhone and wait for your run data to sync over. There is no way of knowing how many runs need syncing from your watch. Each run syncs separately, starting with the most recent and working backward. This is a slow process, and you don’t get a handy progress bar to tell you how things are going.

If and when a run finally appears on your iPhone, it does not initially show the route map — this takes several more minutes to transfer. When all your run data has finally transferred from your Apple Watch to your iPhone, yet another sync is required to upload the info to Nike’s servers.

There is no guarantee that this long wait will pay off. In my testing, I tried to log 26 separate runs with NRC on my Apple Watch. (I synced them in batches of one, two or three, over several weeks. Not all at once.) One workout disappeared altogether. Another time, the route map for the run never synced. That’s a 7 percent failure rate, which is far less reliable than I what I’ve experienced with previous Nike+ gadgets.

Even when I succeeded in syncing runs, the mapping often turned out to be worse than useless. Take a look at the two screen grabs below. They look more like abstract art than running routes. The GPS data from Apple Watch just seems to cut out, and Nike+ attempts to plug the gaps by drawing straight lines. Of my last 24 runs logged with NRC that successfully synced, three were broken in this way.

Intriguingly, even when the route maps were completely wrong, the pace and distance estimates were not far off. This is the same phenomenon I reported on at length in my runner’s review of Apple Watch Series 2 back in November. The Nike+ Run Club app appears to be afflicted by the same problem, which is perhaps not surprising given that it relies on the same hardware.

Even when the maps from the NRC app are working correctly, they are still not as good as the ones from my TomTom running watch.

In my tests, I ran wearing my Apple Watch Nike+ on one wrist, and my TomTom Runner Cardio on the other. I then synced the same workout to Nike+ from both devices and compared the results. As you can see from the screenshot below, the route map from NRC on Apple Watch appears to be formed by lots of short, straight lines, whereas the route map for TomTom looks like a more natural, continuous curved line.

GPS watches log your run by capturing your position at different points along the route. Each of these points is known as a “sample,” and is comprised of your latitude and longitude coordinates at that moment in time. The frequency with which your running watch captures your position during your run is known as the GPS sampling frequency. Websites like Nike+ then plot these coordinates on a map, and join the dots together with lines to show your route.

This is probably a limitation forced on NRC by watchOS, which limits the sampling frequency to preserve battery life. Whatever the reason, if you are buying an Apple Watch for use with Nike+, it’s worth noting that — according to my tests at least — the TomTom Runner Cardio, which costs $140 less, logs your run in far greater detail.

Apple Watch Nike+ has a built-in Workout app, but it is not NRC

In theory, Nike+ Run Club is no longer a third-party app. It is “built-in” to the joint-branded Apple Watch Nike+. So you would think it should now be fully integrated into watchOS. The reality is disappointingly rather different.

Apple’s own Workout app enjoys some perks as a built-in app. You can activate the Water Lock from within the app. And you can pause a workout by pressing the Apple Watch’s Digital Crown and Side Button at the same time, even when the Water Lock is enabled.

But this Water Lock feature is not available to third-party developers. And that, apparently, includes Nike. So there is no way to disable your Apple Watch’s capacitive touchscreen when you go for a run with NRC. And that is a problem. Because if you are wearing long-sleeve tops that get sweaty as you run and rub on the watch display, this can accidentally trigger the controls and even stop a workout mid-session without you realizing.

Third-party apps are also not able to detect when you press the Digital Crown and Side Button at the same time, so there is no physical button you can press to pause a workout using NRC. It means you must raise your wrist and look at the screen in order to pause a workout. Fortunately, NRC’s auto-pause feature works quite well when you stop moving altogether. But there are times when I want to manually pause my run without having to look at my wrist.

It seems very odd that on a Nike-branded watch, Nike’s app does not have full access to the hardware to perform these basic tasks.

I’m sticking with Nike+, but I’m ditching the NRC app for now

I have so many runs logged on the Nike website that I feel a kind of emotional attachment to the brand. Nike+ has been my constant running companion for almost a decade. I’m not about to abandon it now.

But it is precisely because I care so much about my run data on Nike+ that I’m going to stop using the NRC app. It has borked far too many of my runs over the past three months, and has proved to be much less reliable and accurate than the TomTom Runner Cardio I thought it was going to replace.

I fell in love with the look of the Apple Watch Nike+ when I first saw it. I thought it would recapture the glory days of the Apple-Nike partnership, like the Nike+iPod Sport Kit all over again. But in reality, this partnership is now just a superficial veneer. Apple printed a Nike logo on the watch strap, but the truth is, under the hood this is all Apple. Nike is now just a third party.

These problems could be solved, in my opinion, if Apple integrated Nike+ into the Workout app so it gave you the option to sync workouts automatically to Nike’s servers without the need to rely on a third-party app. Until this kind of integration happens, I’ll continue to rely on my trusty TomTom to sync my precious run data to Niike+. And my Apple Watch Nike+ will just be gathering dust.