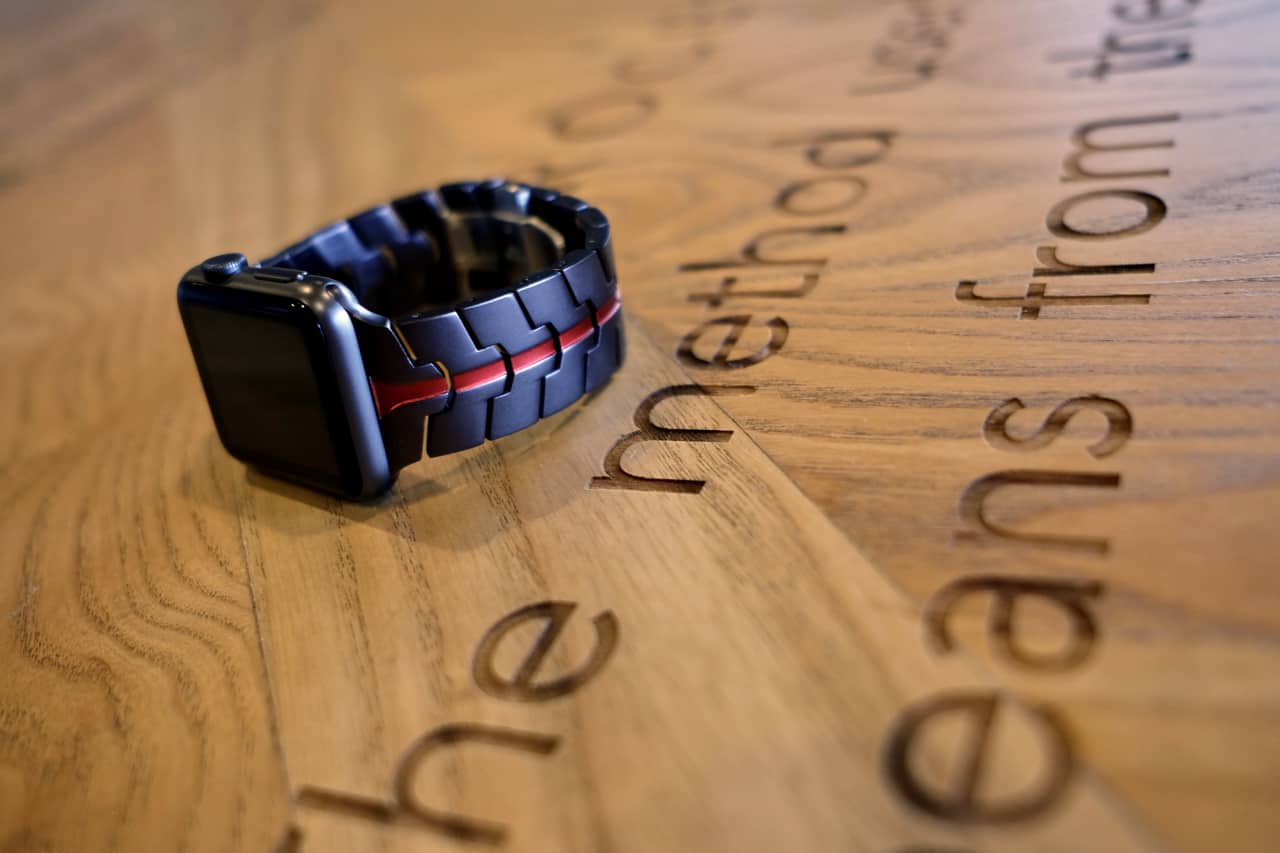 If you’ve got a new Series 4 Apple Watch, but have been lamenting that the precision aluminum bands from Hong Kong-based Juuk don’t fit, fret no longer.

After painstaking detective work and many hours of redesign, the fruits of Juuk’s labors are starting to hit the market. Currently the Vitero Ruby Grey, Vitero Cosmic Grey and Ligero Obsidian are available for the Series 4 Apple Watch, with more to follow.

When the Apple Watch Series 4 hit the market in September, Juuk learned that something in the case had changed, causing its metal bands to not quite fit. After some in-depth analysis, Juuk discovered that Apple moved the connector slot on the Series 4 exactly 0.60 mm. So the company went back to the drawing board, re-engineered its connectors, and sent the new designs to manufacturing.

The first redesigned Juuk aluminum bands are now available in the Cult of Mac Watch Store and fit Series 4:

Juuk has more updated models in the pipeline. We will add them to the Watch Store in the coming weeks.

So far I am very pleased. I am very rough. Broke 3 previous Apple Watches. I had the supcase watch case and broke it. This one fits tight. Hasn’t moved on watch like other cases of this type. Has worked well with the screen protector I put on. Just o e little bubble in one corner. It’s been the same since I put it on so I think it is the screen protector not the case. Overall very pleased and would buy again.