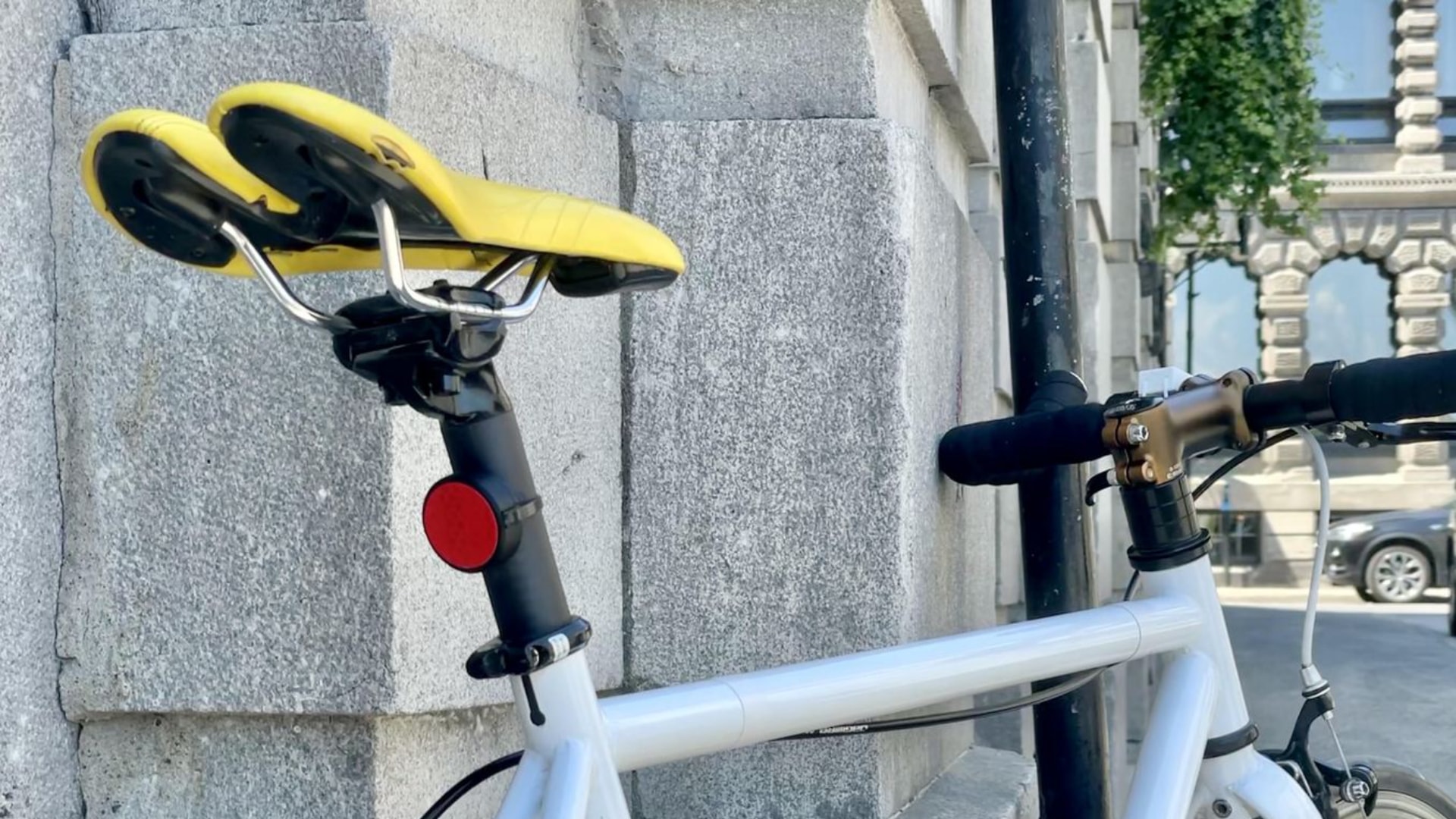 Strap an AirTag to your bike so that you can discreetly track its location with this ingenious mount from Device Therapy. It looks just like a bog-standard reflector at first glance, so would-be thieves will have no idea it’s even there.

Using an AirTag to track your bike is a no-brainer. It means you don’t have to worry about forgetting where you locked it up, and that you can track its location if someone else rides it away. But you don’t want AirTag to be seen.

If your AirTag is easily-visible, any bike thief with even an ounce of sense is going to rip it off and get rid of it before riding away. With the AirTag Mount &amp; Reflector from Device Therapy, that’s (probably) never going to happen.

Make sure AirTag stays attached to your bike

Printed from high-quality, plant-sourced bioplastic, the Device Therapy mount hides your AirTag so no one else knows it’s there. It looks just like any old bike reflector and is secured using a zip tie that can’t be easily removed.

Thanks to 3M Diamond-Grade reflective material — the same stuff used for road signs — the Device Therapy mount actually works well as a reflector. And it’s built to withstand all weather conditions, including torrential rain.

When you need to remove your AirTag to replace its battery, simply cut away the zip tie (one is included with every Mount &amp; Reflector) and replace it with a new one when you’re ready to reattach the mount to your bike.

The Mount &amp; Reflector is available in black or white with either red or white reflective material. You can order yours today from the Cult of Mac Store for just $12.99.