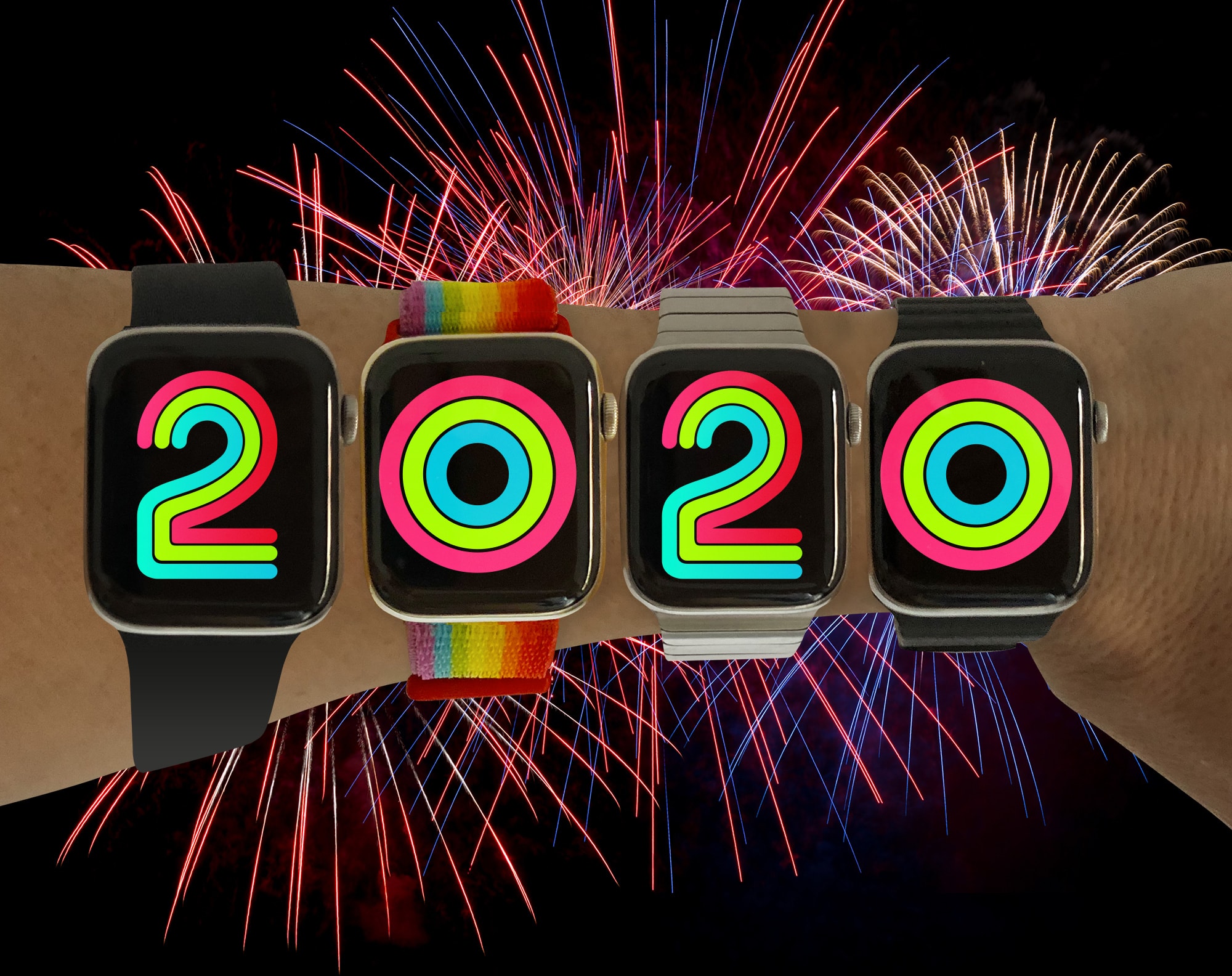 With the holidays behind us and a new decade just getting started, New Year’s resolution season is officially here.

If you want to make amends for your seasonal overindulgence and get in shape for the Twenties, here’s our essential guide to nailing your New Year’s resolutions with Apple Watch.

If you’re looking for a New Year’s resolution to commit to, your Apple Watch provides one ready-made. The Ring In the New Year Challenge requires you to close all three rings fo seven consecutive days during January. If you succeed in doing this, a special shiny medal will be added to the Activity app on your iPhone.

But the Ring In the New Year Challenge is not for everyone. Closing all three rings is not easy.

The risk is that you fail and then become so demotivated that you give up on trying to get fit altogether. Research shows that eighty percent of New Year’s resolutions fail by the second week of February.

If you want to be part of the twenty percent that succeed, a better approach is to start small and aim big.

The trouble with New Year’s resolutions is that they involve changing your behavior. And that’s easier said than done. As we get older, we tend to get increasingly stuck in our ways. Repeating the same familiar routines.

Attempting the break the habits of a lifetime all at once is stressful. And when we feel stressed, the temptation is to do all the things we’re trying not. Like binging on junk food and Apple TV+.

That’s why if you want to get in shape in the 2020s, you should go easy on yourself and don’t try to do everything at once. Start with a New Year’s resolution that is realistically achievable. What that should be depends very much on your personal fitness and motivation levels.

A good place to start in choosing your goal is the Activity app on your iPhone.

The Activity app – Set your eyes on the prize

In the Awards tab on your iPhone, you’ll find a wide variety of different goals you could use as your New Years’ resolution.

A good place to start is Monthly Challenges, because these are customized to your personal ability based upon your Activity history. So the January Challenge should provide a realistic goal for you.

But if your Apple Watch is new, it might not have gathered enough Activity data yet to know what a realistic challenge is for you. In which case, just scroll straight past this section to the Close Your Rings awards.

There’s plenty to choose from here. Medals you haven’t yet won appear as grey outlines, but it might be more realistic to start with a goal that you’ve achieved before, so you know you can do it. When you win a medal multiple times, this is indicated by a little number in a gray lozenge under the title.

The Perfect Week medals allow you to aim for closing just one of the rings for seven consecutive days, which is a lot more manageable than the Ring in the New Year Challenge that requires you to close all three.

The Perfect Week for the Move Goal is a good place to start because you can adjust it to make sure it’s achievable.

At this point you might be thinking: why bother with such an easy goal? Surely it won’t make any difference?

The key to adopting a new habit is to establish a pattern of success. That’s why initially it doesn’t matter how easy your goal is. The only thing that matters is that you do it consistently.

However tiny the change you make in January is, if you do it consistently, you will have established a base on which you can build. Then you can set yourself a new goal for February which is just a tiny bit more challenging, and raise the bar a little bit more again in March and so on.

In other words, the first thing you need to do is not achieve the goal but establish the change in your behavior that will lead to the goal eventually.

Be patient and consistent

The problem with starting small is that gains come very slowly. Maybe you feel too impatient to wait and want results now? Well tough.

This month, Apple News+ is full of fitness magazines cashing in on New Year’s resolutions with headlines like “get back in shape in 21 days”. If these claims sound too good to be true, that’s because they are. You can be sure that the cover models on these magazines spent a lot longer than three weeks getting their physiques.

Succeeding in twelve months is far better than failing in one. And as long as you are sticking to your resolution and moving in the right direction, it really doesn’t matter how slowly you get started.

If I can do it, anyone can!

I started my own fitness journey ten years ago as an overweight middle-aged guy who had never done any exercise before. Back then I could barely run one lap around the block. But by starting with easy goals and building up slowly, I got a six-pack for the first time in my life at the age of 40. Now I write about fitness for a living.

If I can do it, anyone can! Good luck with your News Year’s resolutions and have a great 2020.