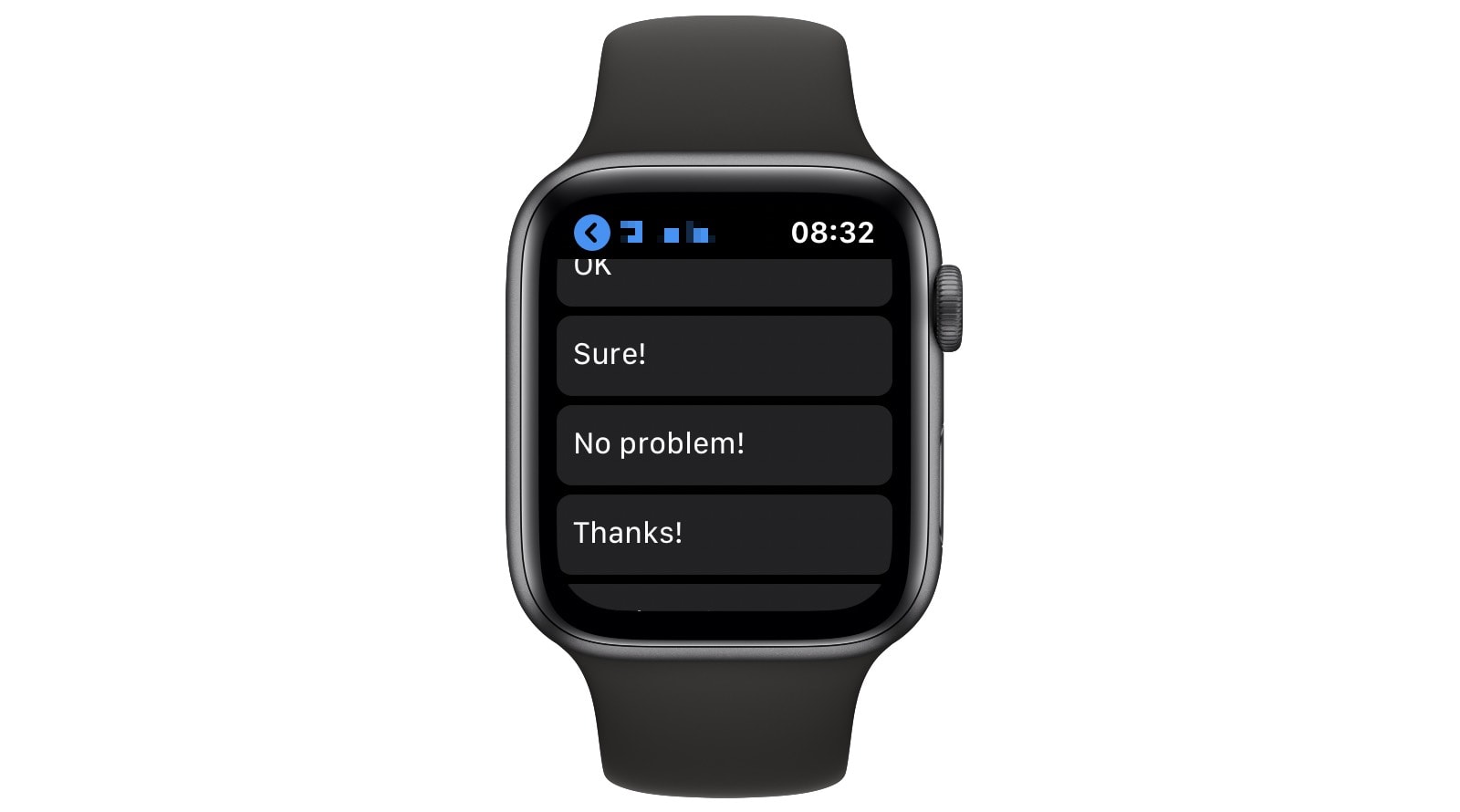 You know when you reply to a message on your Apple Watch, and it’s such a pain to write it out a letter at a time or to dictate your reply (only to have Siri mishear you)? The alternative is to use one of Apple Watch’s canned responses. Unfortunately, they all sound like your account got hacked, or that you don’t care about the sender enough to come up with a proper reply.

However, you can customize those replies to make them much more useful. And with one clever trick, you can make Apple Watch smart replies sound just like you really wrote them.

To customize Apple Watch smart replies, just open up the Watch app on your iPhone. (Yes, the Watch app, the one with the icon that looks as if it was slapped onto the world’s worst open-source project.) Then, scroll down and tap Messages. Then tap Default Replies.

This is where you add, remove and edit Apple Watch smart replies, aka canned responses. If you prefer, you can switch them off altogether, and they won’t show up when you’re replying to a message. But if you do want to customize them, hit the Edit button and get going.

First, a lot of Apple Watch’s stock replies actually do prove useful. “Sorry, no” might be something you’d say a lot. Likewise — if you’re more of a pushover — “Yes, please” could come in handy.

So, after evaluating the standard phrases, and deleting the ones you won’t need, it’s time to add some new ones. You could try to think up some winners, and perhaps you already have some ideas. Maybe you need some specific canned response for your work. Perhaps you often need to reply with a specific phone number or address.

But the best responses are the ones you use already. For this, quit the Watch app for now, and open up the Messages app. Take a look through some of your message threads, and note your replies. Just the short ones, or the ones you use a lot. Maybe you often use an emoji to reply to your kids. Or maybe you use the same swear words to reply to your sister’s lame jokes.

Whatever they are, it’s very likely that you use a lot of the same responses over and over. These are the ones you want.

Add your custom Apple Watch replies (and reorder them)

Make a note of them, then go back to the Watch app to add them. Scroll to the bottom of the Default Replies section, then tap Add Reply… Enter your new custom smart reply, or several, then tap Done. Repeat as desired.

Once you’ve added all the custom Apple Watch replies you want, you can reorder the responses. Just tap Edit, then press and hold the three-line icon on the right and you can drag a particular smart reply up or down the list. Place your most-used ones at the top, then tap Done.

Now you can quickly reply to messages on Apple Watch, without sounding like a robot. Or rather, perhaps you always sounded like a robot, and only just realized it.