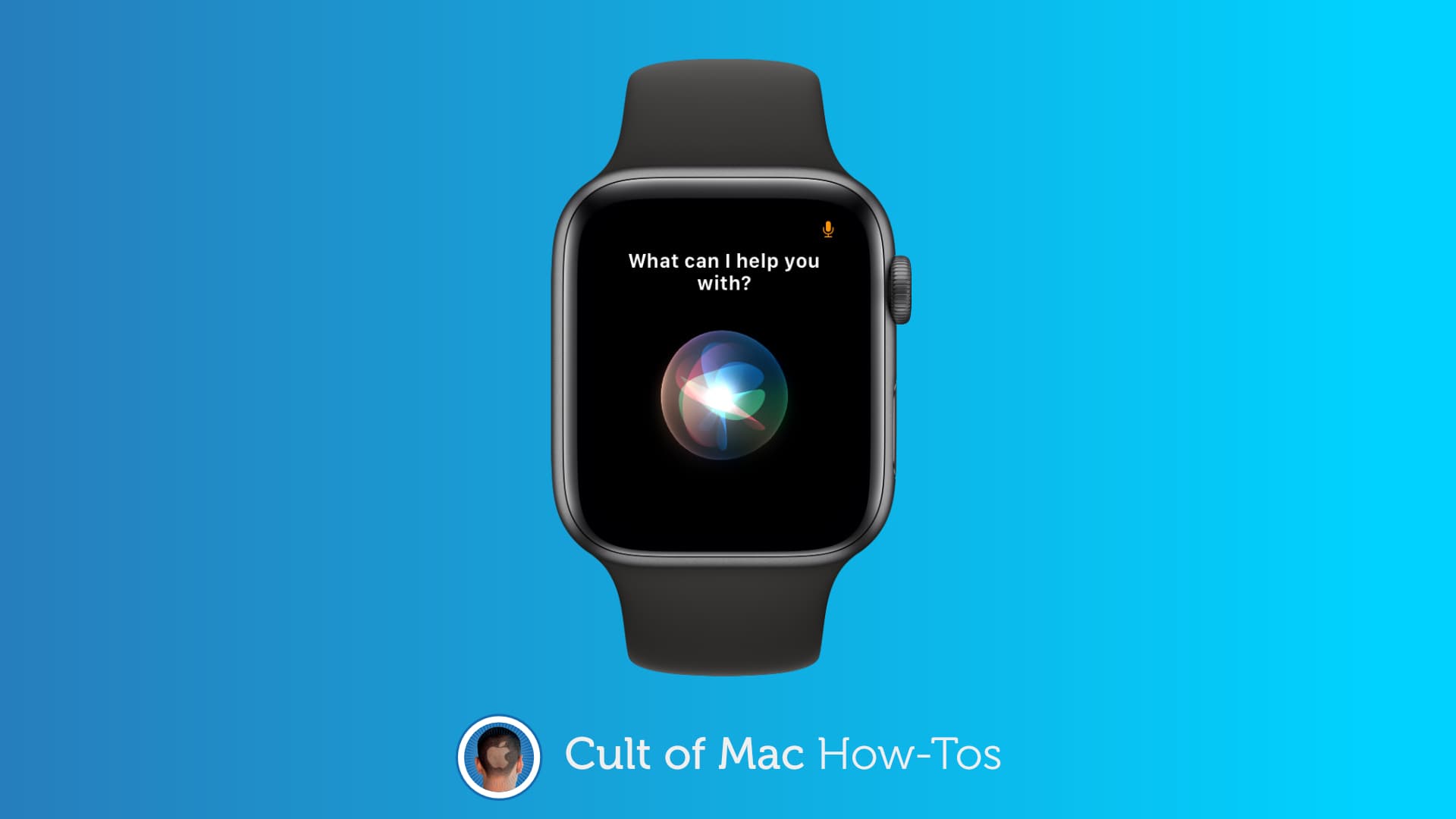 Are you sick of Siri on Apple Watch butting into your conversations? Prevent it by customizing the way Siri works, or by disabling it altogether. It’s easy to do and it fixes one of Apple Watch’s biggest annoyances.

One of the things that can make Siri on Apple Watch a real pain in the butt is its “Raise to Speak” feature. It means that if you happen to lift your arm during a conversation, Siri will listen to what you’re saying.

It then declares it has no idea what you’re saying, and you have to shut it up. But with a few simple changes, you can make Siri on Apple Watch a lot less annoying — or disable it completely.

How to customize Siri on Apple Watch

If you want to use Siri on Apple Watch sometimes, you won’t want to kill it. Instead, disable its listening features and use the Digital Crown to activate Siri manually, so it only works when you actually want it to.

Now tap and hold the Digital Crown on the side of your Apple Watch whenever you want the digital assistant to listen to you.

Don’t want to use Siri at all? Deactivate it by following the steps above, but also disable Press Digital Crown. You will be prompted to Turn Off Siri — tap the button to confirm.

We suggest disabling Siri only if you’re adamant you’ll never want to use it. It can be helpful at times, so retaining the ability to activate it manually is a good idea, even if you only use it sometimes.

It should be noted that disabling Siri will not disable Dictation on Apple Watch, so you’ll still be able to use that feature to reply to text messages even if you kill the digital assistant entirely.

This multi-use selfie stick/tripod worked as promised. Once the Bluetooth remote is charged and synced to your phone, it triggered the shutter without fail.

Great case and love the color

yes i had received the shipping package that was a bubble envelope , the corner was torn with no items from my order . the items in my order was roughly $ 12.00 .
i would had paid more for a better packaging and delivery option. Keep the money , i'll never do business again with your company and will let others know of my experience.
you guys gotta do better, not just for myself but for others

Good afternoon, I am extremely sorry about this. Please can you email me, adel@cultofmac.com with an attached image of the package so we can get this sorted out for you as soon as possible. Many thanks Adel.

Very comfortable, fits well and provides good protection for my watch. I highly recommend this watch band if you work or just play hard while wearing your Apple Watch.