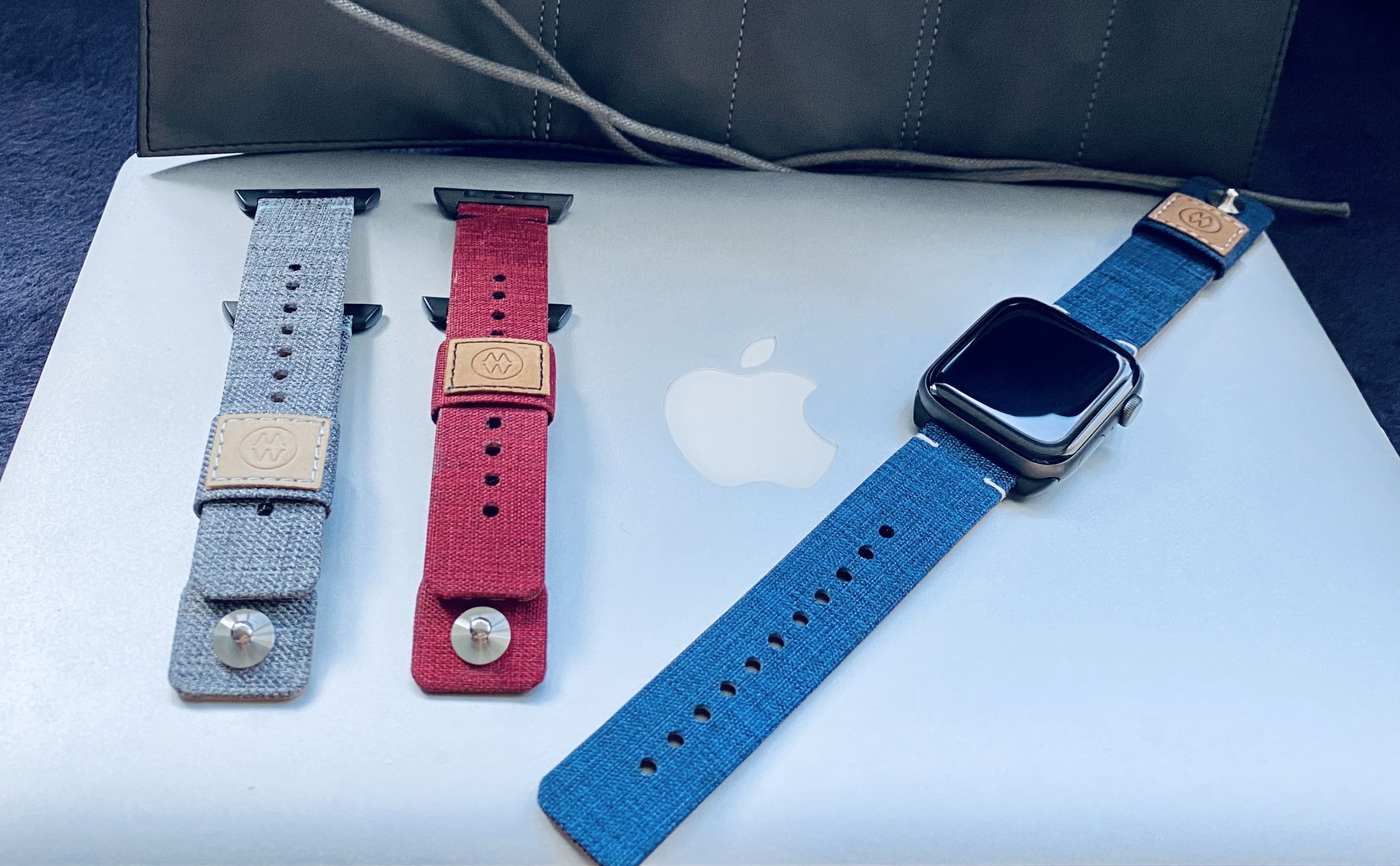 Monowear’s gorgeous Urban Canvas bands for Apple Watch are a terrific match for the newest models. They’re nicely priced at just $38, and they come in a range of great color options that go well with almost anything.

Here’s why they’re some of the toughest and most surprising Apple Watch bands I’ve worn to date.

I’ve collected a ton of Apple Watch straps over the years. They’re all made from either leather, silicone, or metal. The only canvas band I’ve ever used was with an old Timex watch … and I hated it.

It was itchy and uncomfortable, and it probably lasted less than an hour on my wrist before I ripped it off and never looked at it again. But I had higher hopes for Monowear’s Urban Canvas band.

You see, this band isn’t made entirely out of canvas. Monowear uses an ingenious trick to ensure it stays comfortable all day long.

It’s almost invisible when the Urban Canvas is on your wrist. But if you take it off and flip it over, you’ll find a genuine leather backing that’s a soft as a ripened peach.

That backing, despite being incredibly slim, does a terrific job of protecting your skin from the Urban Canvas’ tough exterior. A small canvas loop remains exposed, but you’ll hardly notice it.

I’ve worn this band all day, every day for weeks — swapping it only to try out the other color options — and it hasn’t irritated me at all. Like any good Watch band, you soon forget you’re wearing it.

Getting the Urban Canvas on can be a little tricky at first. It uses a simple, single plug buckle — similar to Apple’s silicone Sport band — so fastening it isn’t complicated. But its holes are tight until you wear one in, so you’ll need to press firmly to get the plug buckle into place.

Once the band is on, however, it isn’t going anywhere.

Urban Canvas is built to last

The Urban Canvas feels super-secure on your wrist. It doesn’t get loose during the day, so there’s no need to worry about it popping open and allowing your Apple Watch to tumble to the ground. And because it is made predominantly from canvas, it’s extremely durable and built to last a lifetime.

This is the same material that’s used to make tents, sails, backpacks, and shoes. It doesn’t mind getting wet or sweaty, or being twisted and pulled around. You can scratch it, scuff it, and scream at it (if you really want to) and it will continue to do its job.

Monowear’s build quality has impressed me in the past, and the same is true here. Every cut and stitch on the Urban Canvas is meticulous and precise. It’s beautifully put together, despite not being high-end or expensive.

The gray is my favorite, simply because it goes with everything. But most will consider the blue and red to be prettier, and they’re ideal for the new color options for Apple Watch Series 6.

At just $38 in the Cult of Mac Store, the Urban Canvas is a no-brainer. It’s not the kind of band you’ll want to wear with your best suit, but for everything else, it’s a winner.

And if you’ve collected a lot of bands like me, also check out Monowear’s handy Travel Fold Up, pictured below. It’s just $35, and it protects all your favorite straps while you’re on the move.