Colorful Cable Blocks will rid you of troublesome tangles 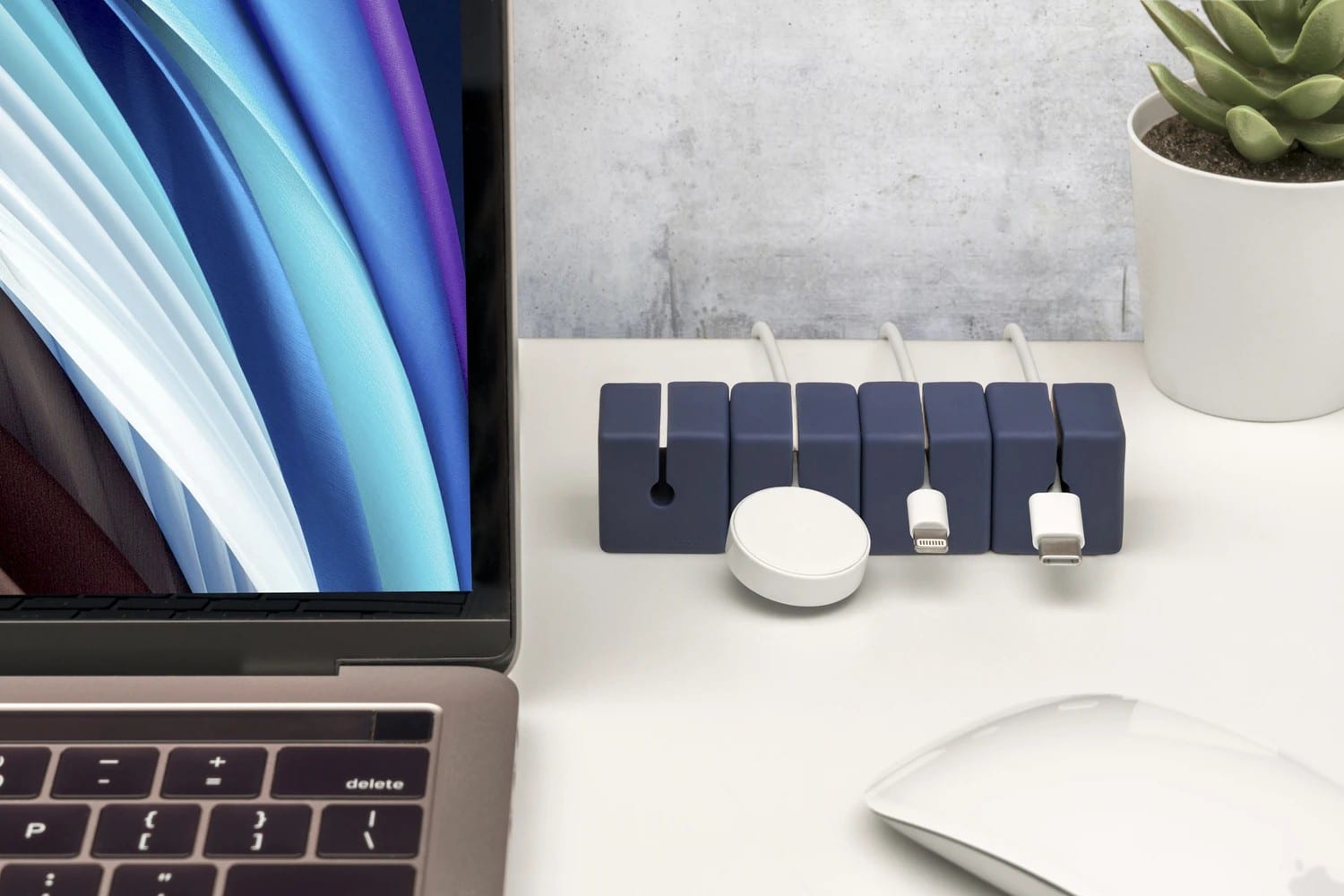 Sick of seeing a sea of tangled cables on your desk or nightstand? Restore order with a four-pack of colorful Cable Blocks.

They’re weighted (not stuck down) so they can be easily repositioned whenever you like, and they’ll hold onto almost any cable to prevent it from mingling with others — or from falling off your table.

It’s not difficult to tame cable clutter if you have a few minutes to spare. And there are so many simple cable management solutions that won’t break the bank. The problem with most of them is that they’re not very flexible.

Most cable grips adhere to a flat surface, and once you pull them off, they won’t stick securely again. Some will even leave sticky residue that’s tough to remove. But you don’t have to worry about any of that with Cable Blocks.

Cable Blocks are small silicone blocks that hold onto almost any cable. They’re weighted, so they stay in place without sticky adhesive, and they’re easy to move around whenever you need to clean or reposition things.

They also feature built-in magnets that allow multiple Cable Blocks to be attached together neatly. And because they’re so simple, they don’t cost a lot. You can order a pack of four from the Cult of Mac Store for just $24.95.

Get yours today in blue, orange, navy, gray, or pink.