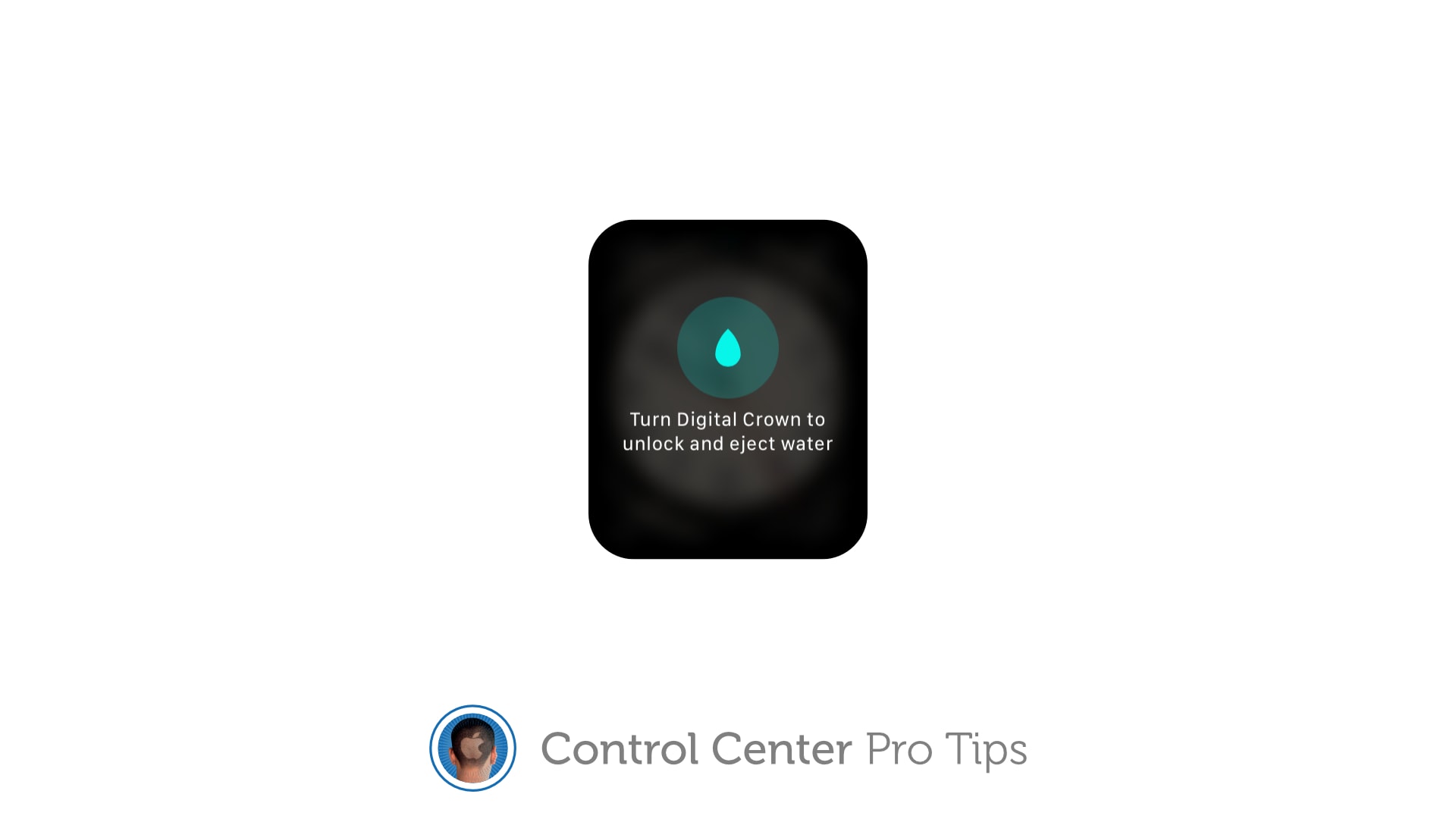 We want to help you master Control Center, one of the most powerful and underutilized features on Apple devices. Cult of Mac’s Control Center Pro Tips series will show you how to make the most of this useful toolbox on iPhone, iPad, Apple Watch and Mac.

Have you noticed your Apple Watch isn’t sounding so good after getting wet? That’s likely because there is liquid lodged inside its speaker. But don’t worry — you can quickly clear it with just one tap in Control Center.

Apple Watch Series 2 and later are water-resistant up to 50 meters. That means you can not only shower with them, but also take them in the pool to track your swims and in the sea while you surf without any problems.

You may find, however, that after getting your Apple Watch wet, its speaker no longer sounds distorted. It’s not broken — it’s just holding water that needs to be cleared. And Apple has a quick fix for that.

How to clear water from Apple Watch’s speaker

To expel water from your Apple Watch speaker, follow these steps:

Your Apple Watch should now sound normal when it plays a sound. But if the speaker still seems distorted, repeat the steps above until all water has been expelled from your device’s speaker crevice.

The band fits my needs perfectly. I'm happy and recommend to anyone who is active such as camping/hiking etc.

Looks like a little suitcase. Very cute and function. Works great. Fits the case and protects it. The carabiner is a nice touch.

I’m still waiting in you guys

Good morning, I understand you wished to return this, therefore I sent you a return label back on June 14. Please check your junk/ spam folder for this email. Kind regards, Adel.