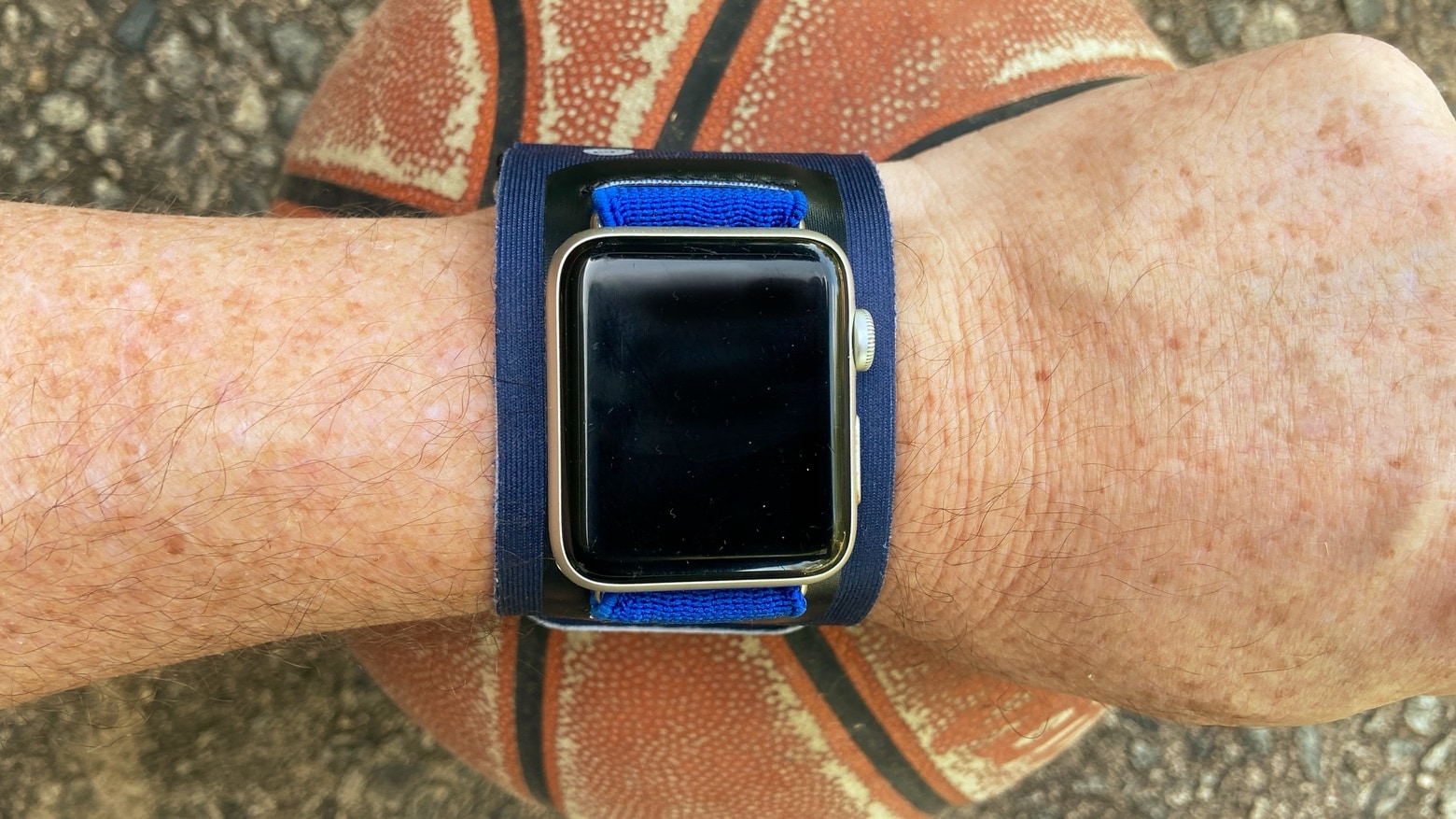 Apple Watch is meant to be worn while exercising, and the Bucardo Sport is a Watch band created with athletes in mind. But it also looks great for everyday use.

The band comes in a range of colors, and it’s made of performance fabric. Here’s what it’s like to wear.

The designers combined an Watch band with a wrist sweatband, so the Bucardo Sport is wider than most Apple Watch accessories. Because the weight of the Watch is spread out more evenly, it’s more comfortable while exercising.

That didn’t come about by accident. Bucardo designed this band with input from both physical therapists and athletes.

One of the reasons I found this band so pleasant to wear is the buckle. This allows it to be adjusted to exactly fit my wrist. Down to the millimeter.

Don’t think you can only wear this band when exercising. The look fits with the athleisure fashion trend that’s all the rage.

Bucardo put a circular opening behind the Apple Watch, so the Sport doesn’t interfere with the wearable’s heart-rate monitor. And you can use Apple’s charger to replenish the device without having to remove the band. Third-party chargers might have issues, though.

Your Apple Watch attaches to the band with metal connectors, not plastic ones. But, because the Sport covers part of the back of the wearable, removing the Watch from the band takes a bit of fumbling.

I used the Bucardo Sport while running, but it seems well suited for use in almost any sport. And It’ll look good and be comfortable.

The Bucardo Sport sells for $60 on the Cult of Mac Watch Store.

Buy from: Cult of Mac

Runners looking for something more minimalist could try the EdgeGear Shift, which was also designed for athletes.

Bucardo provided Cult of Mac with a review unit for this article. See our reviews policy, and check out more in-depth reviews of Apple-related items.