Apple Watch is getting better at fitness tracking, but it still sucks for running 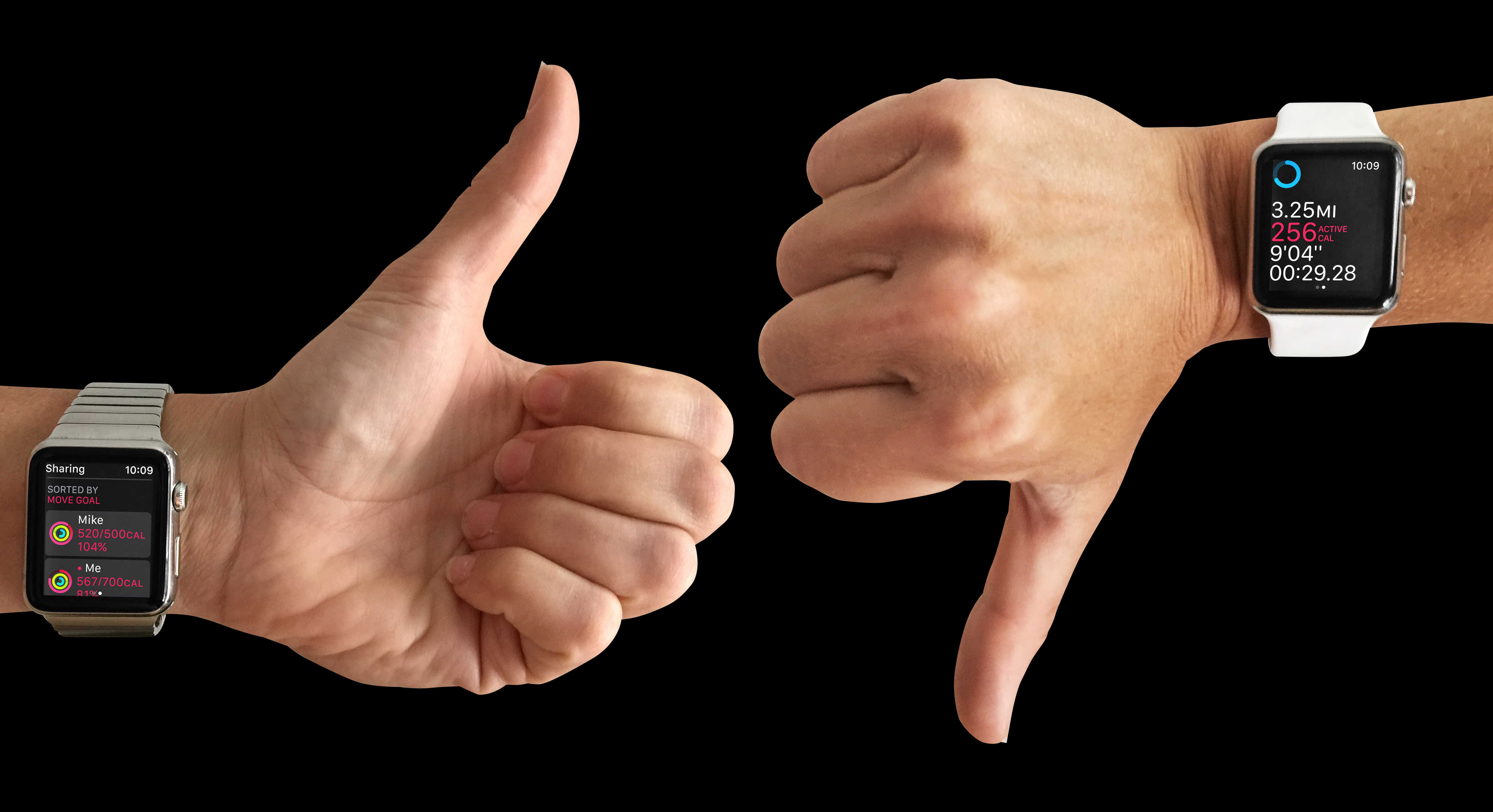 At WWDC this week, Apple all but confirmed that Apple Watch is really just a health gadget. Tim Cook described it offhandedly as a “device for a healthy life,” and most of the watchOS 3 segment of the keynote was devoted to health and fitness.

This focus on health makes sense. As an activity tracker, Apple Watch is arguably the best on the market, and watchOS 3 will make it even better. Apple’s wearable is ideal if you are simply looking to live a healthier day. But, despite some minor improvements, Apple Watch still sucks if you are into running.

WatchOS is bad for Apple’s Health

Jay Blahnik, Apple’s fitness guru, was one of the few truly polished presenters at this year’s Worldwide Developers Conference. He seemed confident and relaxed, in marked contrast to watchOS development chief Kevin Lynch, who appeared uncomfortable onstage as he acknowledged the Apple Watch’s poor performance.

This gave the impression that Apple’s health and fitness efforts are being hampered by shortcomings in the hardware and OS. Which is hardly surprising — these limitations have been holding back third-party developers as well.

This situation will improve somewhat with watchOS 3. Fitness apps will no longer suffer from the dreaded double lag, which means you currently have to stare at your wrist for ages while running, waiting for the app to load back into memory and update. But some lag will remain, since you will still have to wait for the screen to activate when you raise your wrist.

Improved access to the Apple Watch’s gyroscope and accelerometer will be a boon for third-party apps like FocusMotion and Track My Fitness that attempt to recognize lifting exercises at the gym, but it won’t help running apps.

I gave up trying to log runs with my Apple Watch several months ago, but as an activity tracker the gadget has always impressed me. When I asked Cult of Mac readers to share their experiences using the Activity app, I was amazed by the response I received. Many of you told me that your Watch is helping you make huge improvements in your fitness.

As a multipurpose device, Apple Watch appeals to a wide audience, many of whom would never consider purchasing a dedicated fitness tracker. And the concept of closing Activity Rings each day is simple and achievable enough to engage even the most committed couch potatoes.

With watchOS 3, the Activity app gets even better thanks to Activity Sharing, which provides a simple and fun way to encourage or challenge friends and family. Knowing that your friends are following your progress will provide even more incentive to close those rings.

Wheelchair support is another important addition (and it might even be a first for a fitness tracker).

While the Activity app got a serious update, changes to the Workout app seemed less impressive. The best news was the addition of two new workouts for wheelchair users. Beyond this, improvements were limited to minor changes to the display (you can now see up to five metrics at once during your workout), a Quick Start button that lets you skip the goal-setting screen, and the ability to name workouts. The only notable addition for runners was that we finally have auto-pause, a feature most third-party apps have offered for years.

I was also unimpressed by the merits of the new Breathe app. I’m all in favor of deep-breathing exercises, but the purpose of meditation and mindfulness is surely in part to free us from attachments to physical objects. You don’t need a fancy gadget in order to breathe deeply, and creating a sense of dependency in this way seems counterproductive. For most of us, breathing should be one of the simplest things in the world, and this just complicates things. (For a more inspiring approach to meditation, I recommend Thich Nhat Hanh’s short and enlightening book The Miracle of Mindfulness).

Much praise has been heaped upon watchOS 3 by the media this week, before most of us have even had a chance to try it out. I think this is a really just a sign of relief that Apple has shown a willingness to acknowledge its mistakes and make some significant changes.

But improvements to watchOS can only take us so far. Faster app launching is all very well, but if the apps themselves still suck, then it is pointless anyway. Ultimately, an operating system is only as good as the hardware it runs on. The watch still has a screen that is hard to see in sunlight and is usually asleep, touch controls that don’t work in damp conditions, and no cellular data nor GPS. A software update can’t fix any of these deficiencies.

The smartphone has, over time, replaced the need for many dedicated devices, including cameras, camcorders, satnavs, PDAs, e-book readers and even, to some extent, PCs. By the same logic, one might assume that smartwatches will replace other wrist-based devices. But I don’t see this happening.

Apple Watch may have already eliminated the need for stand-alone fitness trackers, but it can’t replace my running watch.

The problem is that running watches are, by their very nature, complicated products, whereas Apple is trying to keep things simple. Apple Watch’s multitouch color OLED screen is beautiful, but it just does not cut it for a running watch. Runners need hardware buttons they can operate when they’ve worked up a serious sweat or when it is pouring rain. Real buttons also let you operate your watch without looking at it, so you can keep your eyes on the road ahead — which is very important from a safety perspective.

TomTom’s recent attempt to combine its GPS running watch with smartwatch features such as activity tracking and music playback highlights another problem. Most smartwatch buyers find running watches off-putting, whereas runners tend to scorn smartwatches. As a result, TomTom is marketing an identical product under two completely different product names: Runner 2 GPS (for runners) and Spark for everyone else. It’s hard to imagine Apple ever resorting to such a clumsy marketing solution, but it does highlight the challenges of attempting to address both markets with a single product.

The next-generation Apple Watch 2 might improve things somewhat with the addition of GPS, but with its touchscreen interface and lack of physical buttons, it is unlikely to replace the need for dedicated running watches any time soon.