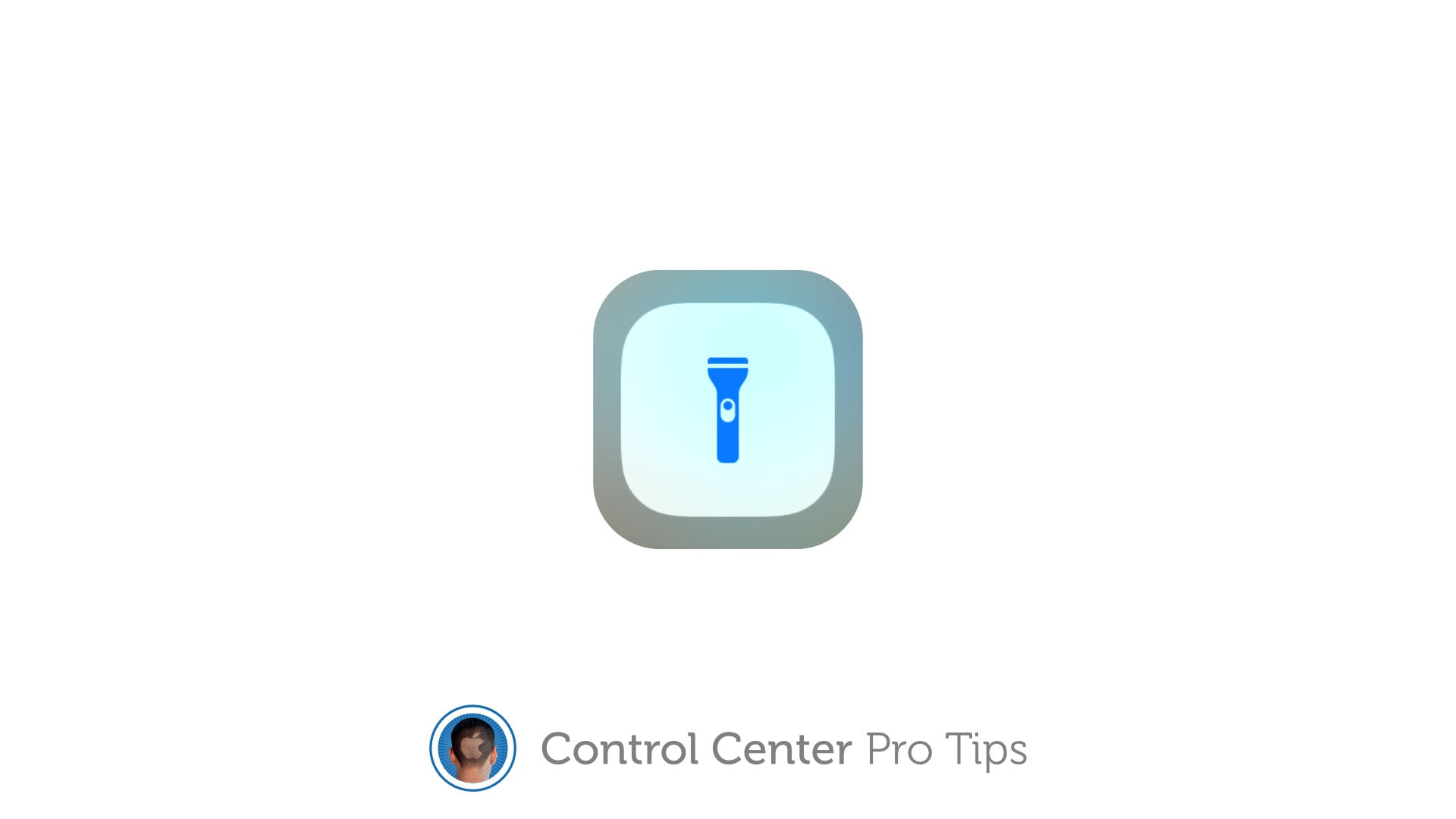 We want to help you master Control Center, one of the most powerful and underutilized features on Apple devices. Cult of Mac’s Control Center Pro Tips series will show you how to make the most of this useful toolbox on iPhone, iPad, Apple Watch and Mac.

Searching for something in a dark room? You can turn your iPhone, iPad and even your Apple Watch into a flashlight with just one tap inside Control Center. We’ll show you how.

The LED flash on the back of your Apple device can do more than just light up your photos. It also doubles as a rather effective flashlight when you’re trying to see in the dark. And activating it couldn’t be easier.

Enable your flashlight inside Control Center

Apple includes the flashlight button inside Control Center by default, so to activate it, you just need to follow these steps on iPhone and iPad:

Alternatively, tap and hold the flashlight button at step two to reveal a slider that allows you to adjust the flashlight’s brightness. You can also enable the flashlight from the lock screen on iPhone, and that is the easiest option when your device is locked. However, when it’s unlocked, this method is simpler.

Note that there is no flashlight feature on iPad models without an LED flash.

Enable your flashlight on Apple Watch

You also can turn your Apple Watch into a surprisingly effective flashlight. Follow these steps on Apple Watch:

Apple Watch doesn’t have an LED flash, of course, so instead its display turns white and lights up as bright as possible. It’s not as effective as the LED flash on iPhone and iPad, but it’s certainly useful in a pinch.

You have a couple more options on Apple Watch, too. When the flashlight is enabled, swiping left will activate a strobe effect, and swiping left again will turn the light red.

Liked how it was made, how it looked, as well as how it the material felt. But, the NASA logo was upside down, and the strap was too tight. I will give them credit that when I called them they informed me that they were fixing their sizing problem.

Love this design. The band comes on and off with ease, the materials feel thick and sturdy and it’s the softest band I have.

Usually I wear the sports band because it’s easy to use and soft on the wrist, but this one is now my daily driver!

The band looks great and is very durable. The only thing I don’t like is that the metal buckle is wider than any other part of the band, including the watch anchors, which makes it look a bit awkward. Despite this, the band fits and feels great.